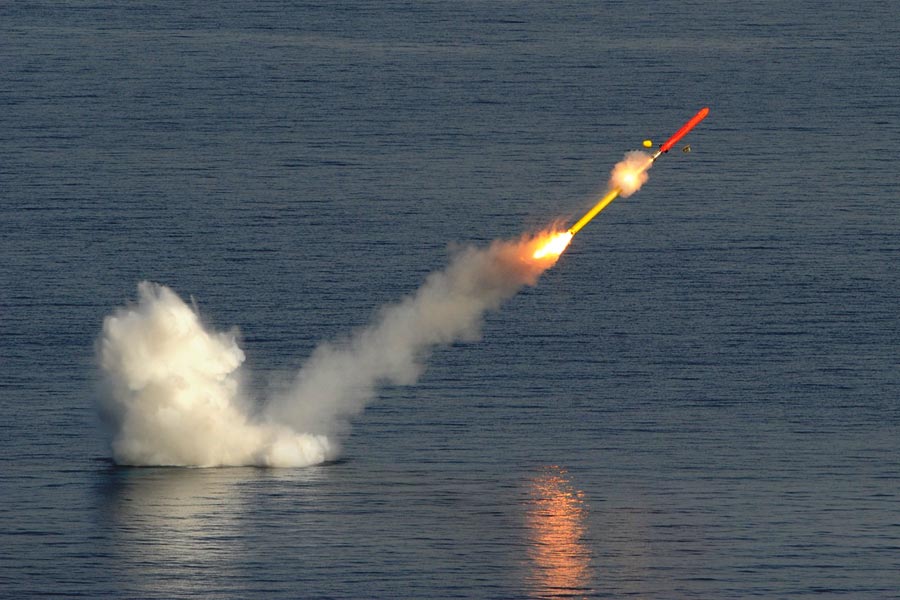 This test firing of the MdCN naval cruise missile – following careful preparations by teams from the DGA, the French Navy and the manufacturers MBDA and NAVAL GROUP – is the last milestone in a series of tests designed to verify the correct functioning of the Suffren‘s armaments and of its combat system in general.

With a range of several hundred kilometres, the MdCN is tailored for missions against infrastructures of high strategic value. After the Multi-Mission Frigates (FREMM), the Suffren-class SSNs are the first French vessels to be equipped with this conventional deep strike capability. The ability to deploy the MdCN from submarines maintains the constant and undetected threat of a strike from the sea against enemy targets located far inland, and very significantly increases the penetration capacity of French weapons in military theatres of operation.

During its trials in the Mediterranean, the Suffren also successfully completed a test firing of an Exocet SM39 underwater-launched anti-ship missile from the sea near the DGA missile test centre on Île du Levant, as well as several test firings of the F21 heavy torpedo, a next-generation weapon that will ultimately be carried on all French Navy submarines.

The validation of the Suffren‘s entire combat system paves the way for the end of sea trials and its overall qualification, which will enable it to be delivered to the French Navy for final verification of its military characteristics and commissioning for active service.

Comment from MBDA: On the occasion of the successful Exocet SM39 and MdCN firings from the new French submarine Suffren, Eric Beranger, CEO of MBDA, said: “I would like to thank Minister Florence Parly for her congratulations and I join her in sending them to all MBDA employees and those who have contributed to this great success, including of course the French Navy, the DGA, Naval Group, and our other industrial partners.”

The success of these Exocet SM39 and MdCN firings once again proves MBDA’s mastery of underwater missile launches. This capability remains rare in the world and contributes to the independence of France without reliance on foreign parties for security.

Eric Beranger added: “We are proud of the confidence our armed forces place in us to develop such exclusive military capabilities, and we owe our nation the repayment of this trust.”