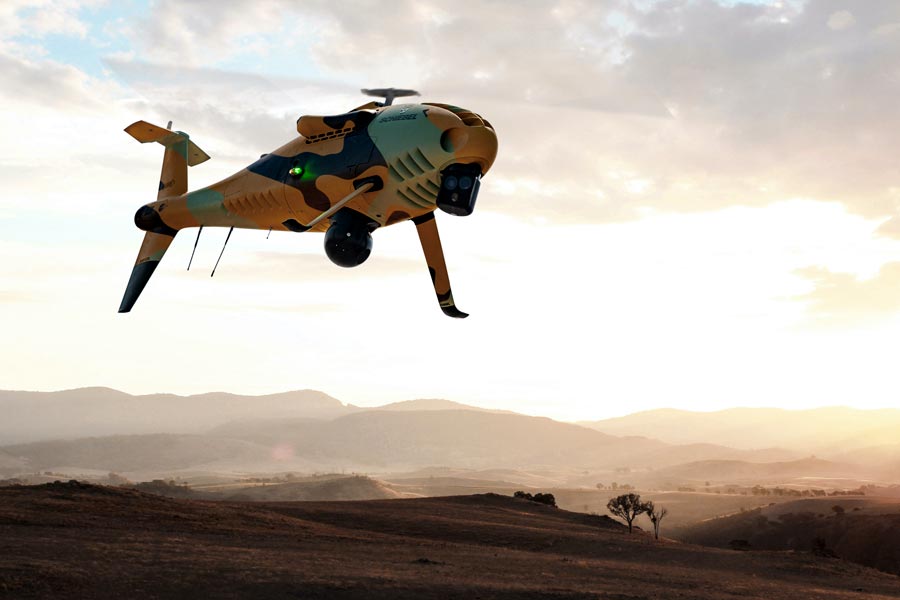 Press Release, Nowra, 15 October 2020: Schiebel Pacific is scaling its business in preparation for Land129 and Sea129. The company is hiring remote pilots and maintenance technicians and upgrading its facility.

The expansion comes after Schiebel Pacific and Raytheon Australia teamed up for the LAND129 Phase 3 Tactical Unmanned Air System (TUAS) project for the Australian Army. Additionally, Schiebel Pacific is ramping up in preparation for the upcoming SEA129 Phase 5 for the Royal Australian Navy (RAN).

Should the team be awarded with the Land129 Phase 3 TUAS contract, Schiebel’s world-class CAMCOPTERS-100 will be produced by Schiebel Pacific at the new Australian production facility, which is currently being established. Furthermore, the company is currently hiring remote pilots and maintenance technicians to better serve existing and future customers’ needs. One defined goal is to establish an in-country sovereign Australian training capability to deliver tailored training solutions for the Australian Defence Force’s (ADF) requirements at land and sea. Schiebel is currently under contract with the RAN, which operates several systems at 822X Squadron, Nowra, New South Wales.

Andrew Watson, General Manager at Schiebel Pacific said: “We are growing our footprint in Australia as we’re confident that the demand for our CAMCOPTERS-100 will continuously grow. Therefore, we are investing substantially in not only creating Australian jobs but also the transfer of knowledge and skills to Australia and the wider region. Just as important, we are increasing our network of local SMEs, to make sure we are aligned with the Australian government’s policies on Australian industry content.”

The Vertical Take Off and Landing (VTOL) UAS CAMCOPTERS-100 is a proven and reliable TUAS for Intelligence, Surveillance and Reconnaissance (ISR) missions. With its small footprint and ability to operate from confined areas, it needs no prepared area or supporting equipment for take-off and landing and it can be set up and ready in 20 minutes. The S-100 operates day and night for up to 10 hours. The UAV has globally collected more than 100,000 flight hours so far.