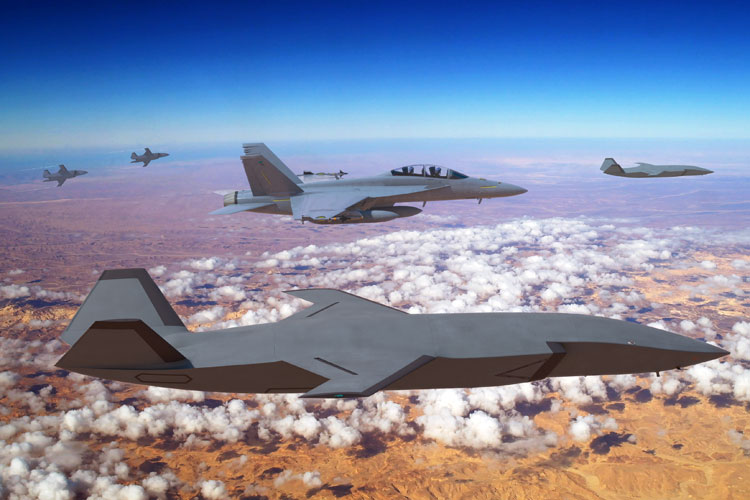 Loyal Wingman, Boeing’s first Australian-designed and developed Unmanned Aircraft, is to be assembled in Queensland.

Press Release, Australia, 05 October 2020: Queensland is poised to take another bold step in aerospace and advanced manufacturing with an historic opportunity to be the final production home for unmanned defence aircraft – the first military aircraft to be designed, engineered and manufactured in Australia in more than 50 years.

Premier Annastacia Palaszczuk said a visionary new partnership with Boeing Australia means more high-skilled jobs, local supply opportunities and defence industry stimulus as Queensland continues to recover and grow from the COVID downturn. “The creation of additional new aerospace capability could see unmanned defence aircraft produced here by the middle of the decade, with prototype testing and certification taking place before that,” the premier said.

“We are carrying out our plan to recover and grow, including into new industries, and it’s very important that we do that not just as a government but with key partnerships.

“Our investment in this advanced manufacturing project will provide critical skills for suppliers, academia and Boeing, and culminate in Queensland becoming the primary final assembly facility for the Boeing Airpower Teaming System, conditional on orders.

“Supporting this project is a significant investment in the Queensland defence and manufacturing industries and will strengthen ties between Australia and the global defence market.

“The unmanned teaming aircraft is Boeing’s first military aircraft to be designed and developed outside the US and uses artificial intelligence to extend the capabilities of manned and unmanned platforms.”

The first aircraft prototype, called the Loyal Wingman, was unveiled with the Royal Australian Air Force in May this year.

Treasurer Cameron Dick said the Boeing partnership demonstrated the Palaszczuk government’s commitment to advanced manufacturing. “Manufacturing is a vital part of the Queensland economy, which is why supporting manufacturing is one of the centrepieces of our Unite and Recover Economic Recovery Plan,” the treasurer said.

“Our government’s long-standing commitment to advanced manufacturing is one of the reasons Queensland is already home to Boeing’s largest workforce outside the United States.

“Boeing has 1,700 staff in Queensland and supports 400 Queensland-based suppliers.

“It was precisely to attract projects like this that the Palaszczuk government developed our 10-year Roadmap and Action Plan for Defence Industries. Today is proof that plan is delivering for Queensland.”

Boeing Australia, New Zealand and South Pacific President Brendan Nelson said the partnership with the Queensland government to develop an advanced manufacturing capability was a significant milestone for the company.

“It’s one that will build cutting-edge skills to stimulate the innovation ecosystem in Queensland,” he said.

“This investment could unlock global defence and aerospace opportunities for Queensland to gain future work share in other Boeing programmes.”