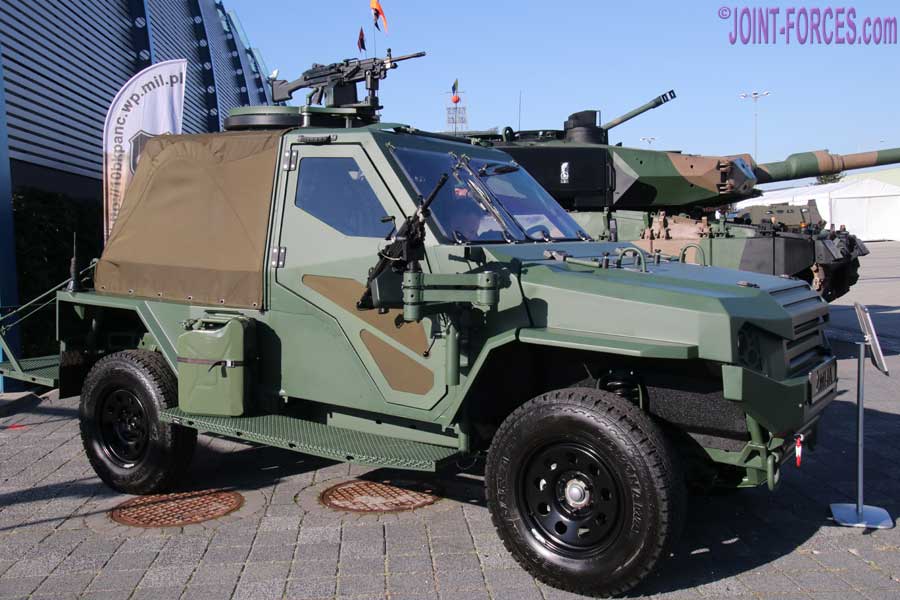 Day 2 of MSPO 2020, the annual Polish defence expo, was a little less hectic than Day 1 and I had more time to seek out interesting new kit, reports Bob Morrison.

Yesterday I briefly mentioned the new giant which appeared at the expo, the modernised Leopard 2PL, and as I am am no expert on the German main battle tank family I plan to ask Carl to bring you an update in due course using some of my snaps from the Kielce show. Combat boots, light 4×4 vehicles and ration packs, on the other hand, are right up my street and today I homed in on, among other subjects:-

So far I have collected a fair bit of research material and images for a series of features for when the days drawn shorter, and hopefully I will garner some more tomorrow before heading home. It has been an interesting trip so far and I am glad that Poland took the bull by the horns and kick-started the military expo scene in the NATO countries. Hopefully Kielce will be the first of many and will prove that business can still carry on in these uncertain times – so long as sensible precautions are taken by all.

expo, Featured, Kielce, MSPO, Poland
You may also like