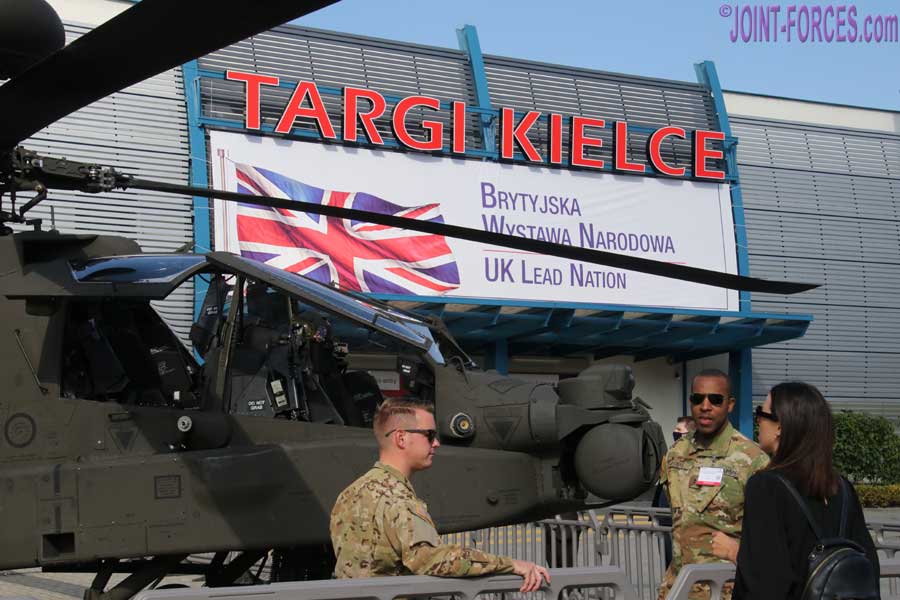 The 28th annual MSPO defence expo opened this morning at the Targi Exhibition Centre in Kielce with the UK as the Lead Nation, reports Bob Morrison.

As always on the first day of a defence expo my schedule, which started with a two hour drive north from Krakow Airport, was a little bit hectic as in addition to an initial recce of the many stands and displays across five halls and an outdoor area, I also attended the official Opening Ceremony to I listen to the keynote speech by the UK Minister of Defence Procurement, Jeremy Quin MP.

Held this year under the Honorary Patronage of the President of the Republic of Poland, Mr. Andrzej Duda, MSPO is a good barometer of defence procurement in the region; for the record, it is pretty heathy under the current administration. MSPO is ranked third among Europe’s defence expos, after Eurosatory in Paris (cancelled this year) and DSEI in London (which is still scheduled for autumn 2012), and although COVID-19 travel restrictions have definitely taken their toll of many of foreign manufacturers who regularly exhibit at this show it has definitely been well worth the visit for me.

The next couple of days are likely to be just as busy as today has been, but I will try to bring updates when I have some spare time and hopefully a couple of longer features based on my first-hand research in the not too distant future.