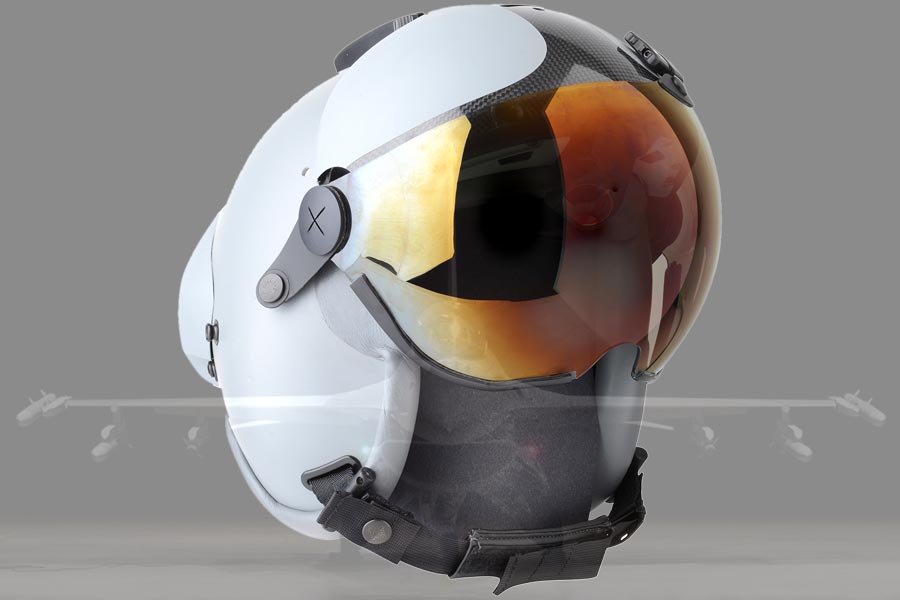 Press Release, Fort Worth, 03 August 2020: JHMCS II, the newest member of the Joint Helmet Mounted Cueing System family of products, is being flight tested aboard the Lockheed Martin F-16V aircraft in the United States. This follows the completion of JHMCS II safety qualification testing, including windblast, tower and sled tests.

These flight tests are part of the US Air Force’s Military Flight Release (MFR) for the F-16V launch customer, a critical milestone that signifies the aircraft and its subsystems have met specification performance, safety, reliability, and maintainability criteria. The JHMCS II is the only Helmet Mounted Display (HMD) integrated and tested on the F-16V.

As the formal baseline Helmet Mounted Display (HMD) of F-16V and F-16 block 70/72 aircraft, the JHMCS II already has been selected by several international customers. In addition, variants of JHMCS II were selected by other air forces worldwide to equip a wide range of fighter aircraft. More than 6,000 JHMCS HMDs have been supplied to military pilots in dozens of countries.

“Flight testing is the next milestone as we partner with Collins Elbit Vision Systems on the JHMCS II, and we look forward to continued collaboration,” says Danya Trent, Vice President, F-16 for Lockheed Martin. “We are incredibly proud to support F-16 pilots with this cutting-edge technology, enabling their critical missions around the world.”

The JHMCS II is manufactured and delivered through Collins Elbit Vision Systems (CEVS), a joint venture between Collins Aerospace and Elbit Systems of America.