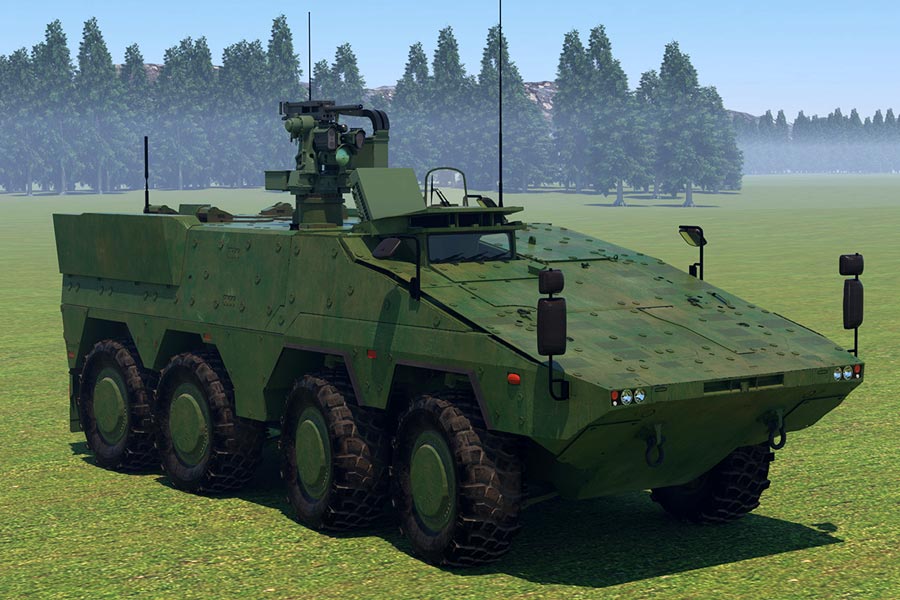 Spexer will be part of the C-UAS system (Counter-Unmanned Aerial System), which is based on Kongsberg’s remote-controlled Protector weapon station, both mounted on an armoured GTK Boxer vehicle. Initially 10 systems are under contract. Radar deliveries will start at the end of this year to meet the requirements of NATO VJTF (Very High Readiness Joint Task Force) 2023.

The contract was awarded after a test firing at the Baumholder military training area. The third generation of HENSOLDT’s Spexer 2000 3D radar demonstrated outstanding classification performance of small targets in very demanding scenarios. Due to the small radar cross section, high manoeuvrability and high optical reconnaissance performance of these micro-drones, they pose a particular threat to mobile land forces.

The new Spexer radar generation additionally closes the gap in the reconnaissance capability of close-range small targets within ground-based air defence. Parallel to drones, the classic air and ground target catalogue – such as helicopters, combat aircraft, armoured vehicles etc. – can also be detected and classified. These capabilities set new standards in the field of radar-based self-protection.

Of the previous generations of Spexer radar, over 150 systems have already been delivered to customers and are in operational use worldwide.