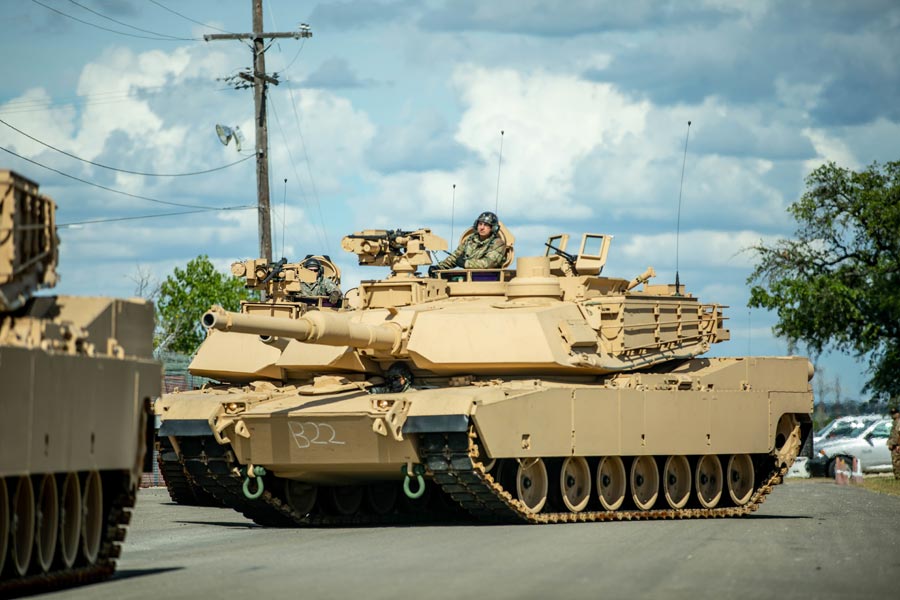 The overall modernisation of the Greywolf Brigade marks a milestone in armed forces history and makes 3ABCT the most lethal and agile brigade in the world. The new addition of the M1A2C (SEP v.3) allows the brigade, and Army, to meet new limits when fighting adversaries and engaging in large-scale ground combat operations.

“This is the first time we have fielded a new tank in about 16 years,” said Lt. Col. Nicholas C. Sinclair, Commander of 3rd Batt. 8th Cav. Reg. “We will be the first ones trained on this so it’s really special to us to make sure we’re doing it right.”

Over the course of the next few weeks Greywolf Troopers will become familiar with the new equipment. They plan to ensure every crew member knows how to operate, maintain, and utilise the tank in preparation of fielding the equipment.

Sinclair stated, inside every tank is an embedded trainer that allows the Troopers to get repetitions in while the tank is stationary rather than moving to a new location to conduct simulated training. The embedded trainer is one of many modernisations made to the tank, but it’s not the only thing that makes it superior to its predecessors. There are updated firing systems that help build combat power as well.

“These are light years ahead of the tanks we had before,” said Sgt. 1st Class Kurt Singer, a platoon sergeant in the Greywolf brigade. “The computer systems in these and the fire-control systems are amazing. You become more lethal, more aggressive, and all aspects of the tanks are better.”

The Troopers will soon take the tanks to the field and conduct gunnery live-fire exercises where they will have the chance to prove themselves as the most lethal armoured brigade in the world. “The Soldier makes the vehicle, the vehicle doesn’t make the Soldier,” said Singer. “We train harder than anyone else, and it shows.”