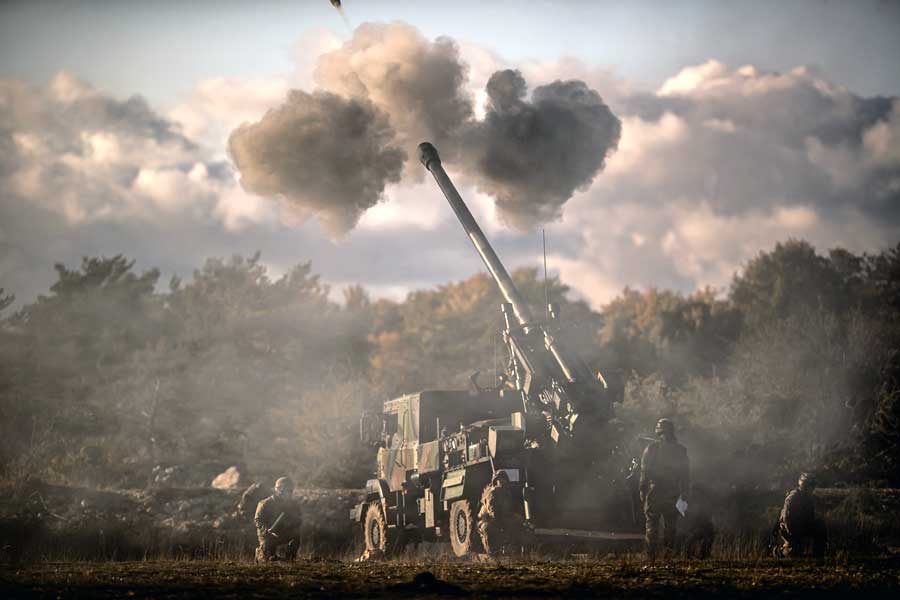 Nexter has placed a major order with EURENCO for artillery modular charges for the French Army for use on the CAESAR 155mm self-propelled howitzer system.

Press Release, 15 July 2020: Within the framework of a contract notified by the French Defence Procurement Agency (DGA) on 11th May, Nexter has placed a major order with EURENCO, the European leader in energetic materials for the supply of artillery modular charges. A total of 70,000 modules will thus be manufactured on the EURENCO Bergerac site and delivered between 2021 and 2022 to the French Army for use on the CAESAR system.

This contract makes it possible to support and reinforce the production capacity of the French ammunition industry for the benefit of the armed forces, but also to improve the flexibility of the EURENCO Bergerac site. Negotiations began in January 2020 and, despite the constraints imposed by the health crisis, this contract came into force as soon as possible, thanks to the efforts of all the players.

These modular charges for the CAESAR system meet the requirements of the NATO ‘JBMoU’ standard, making them compatible with all 155mm artillery systems that comply with this standard. These modern artillery charges – using from 1 to 6 modules depending on the desired range of fire – replace conventional ‘cartridge bag’ charges. With only two types of modules, live and slow charges, this propellant system allows safer implementation and simpler operational use, while guaranteeing safety of use for users despite an increased rate of fire. Finally, its modularity makes it possible to reduce the logistical footprint and reduces the ammunition supply requirements of the artillery piece.