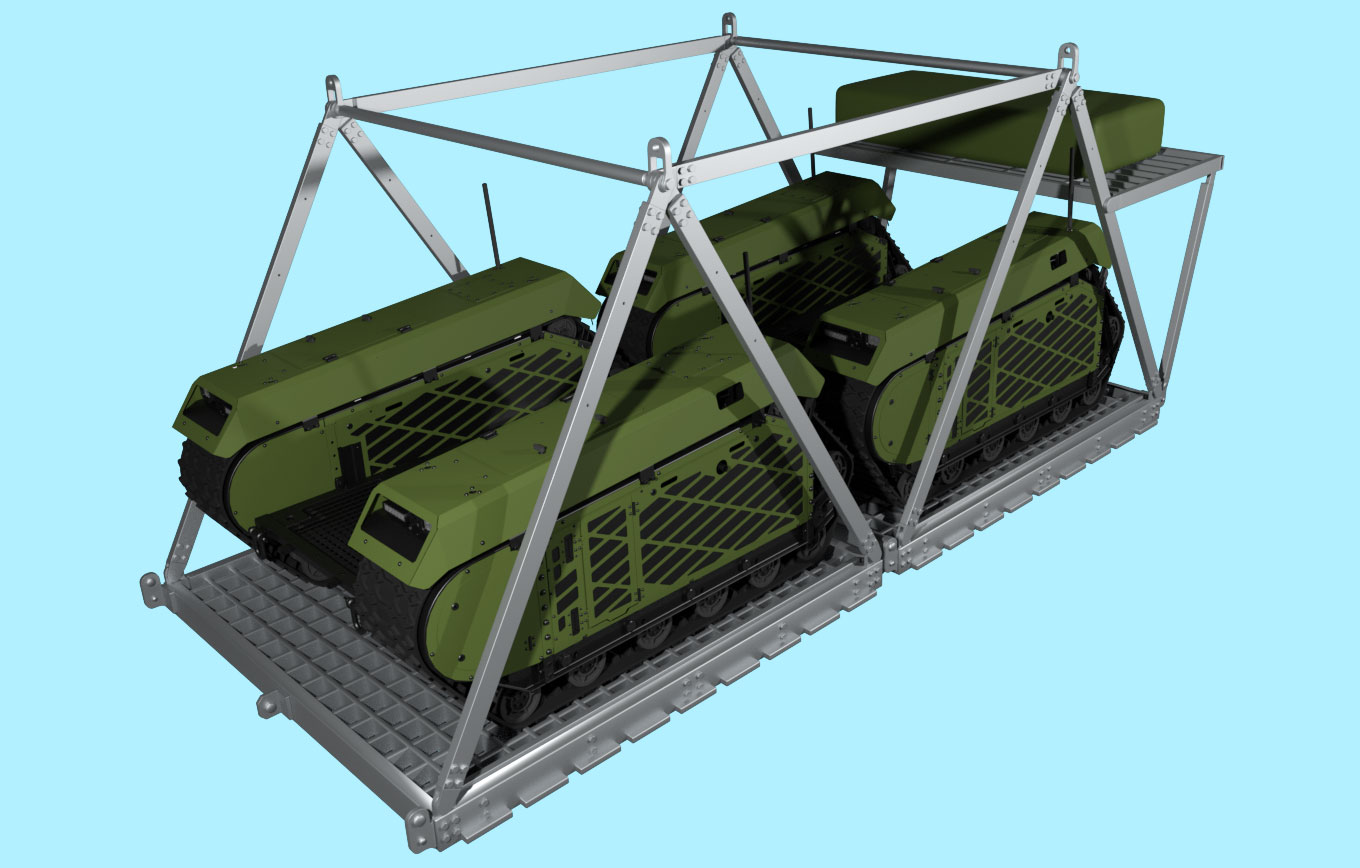 IrvinGQ has developed an airdrop platform compatible for use with the Milrem Robotics THeMIS Unmanned Ground Vehicle (UGV).

Press Release, 26 March 2020: The ability to operate in high threat environments, without putting warfighters or service people at risk, is one of the single biggest challenges faced by decision makers of the day. Part of the solution is the use of Unmanned Vehicles that are not only ‘safer but potentially more effective than the use of current manned systems’. The separate challenge of how to effectively deploy these assets to their operating environments is now also being answered.

An airdrop system that can be used to rapidly deploy Milrem Robotics’ UGV into warzones, or large-scale terrain fires has been developed and tested by IrvinGQ, the world-leading aerial delivery solutions provider. Utilising their unique, ATAX airdrop system, IrvinGQ will integrate a pair of Milrem Robotics’ THeMIS or the Multiscope Rescue UGV to be used for defence or firefighting missions, respectively.

Given the emerging nature of unmanned autonomous and remotely piloted ground vehicles and the requirement to lessen the burden to warfighters, IrvinGQ is developing an airdrop restraint system with an auto release that enables the UGVs to self-derig and drive-off the ATAX® platform unaided. A truly autonomous capability.

“The airdrop platform will widen the possibilities of how armed forces can deploy autonomous or remotely piloted THeMIS UGVs behind enemy lines, or as part of airborne operations combined with infantry. Firefighters could use ATAX to drop Multiscope Rescue systems to combat large-scale terrain or forest fires without endangering lives,” said Kuldar Väärsi, CEO of Milrem Robotics. Other aerial deployment possibilities of Milrem Robotics’ UGVs include helicopter underslung or in the cargo area of a helicopter, for example the Chinook CH-47.

Milrem Robotics and IrvinGQ enable a true autonomous mission and can limit the warfighters exposure on the battlefield.