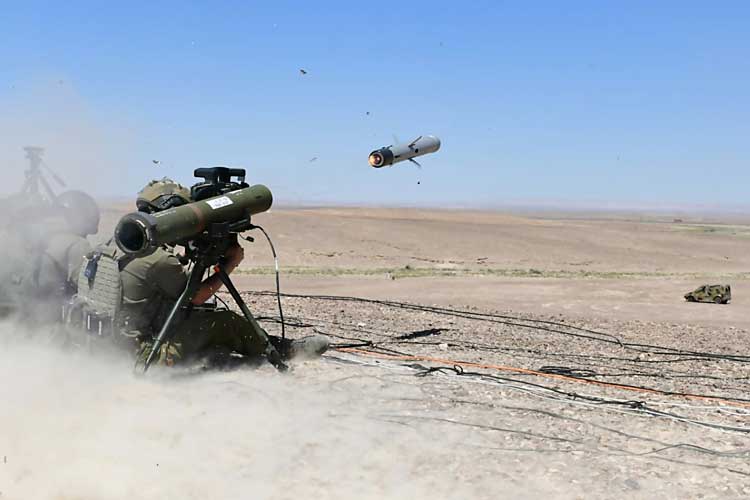 In April 2018 the Slovak MOD published the successful results of the field testing phase of the Slovak Turra 30 mm Remote Control Weapon Stations (RCWS) mounted on Patria vehicles including multiple launch of vehicle-mounted SPIKE Missiles from the EVPU RCWS. The current contract includes dismounted launchers, signifying that the SPIKE LR2 is now the ATGM of choice both for the Slovak infantry as well as for its cavalry.

SPIKE LR2 is a cutting-edge 5th Generation, multi-platform, multi-mission and multi-range electro-optical missile, with enhanced standoff range of 5.5 km, fire & forget capabilities as well as man-in-the-loop features, such as retargeting mid-flight, attack of hidden targets beyond-line–of-sight, as well as the ability to launch to non-line-of-sight targets based solely on their geo-coordinates.

Slovakia is among 19 EU / NATO SPIKE missile user nations. More than 33,000 SPIKE missiles have been supplied to-date around the world, with over 6000 SPIKE missiles firings, both in training and in combat. The selection of the SPIKE LR2 missile by the Slovak armed forces will allow the Slovakia Army 5th Generation tactical overmatch. This purchase is part of the ongoing modernisation of armed forces taking place around Europe, in which the SPIKE Missiles have assumed a major role in enhancing deterrence and capability.

EUROSPIKE Managing Director, Mr. Wolfgang Herrnberger : “We are very thankful for the confidence of the Slovak army and would like also to thank NSPA for their quick responsiveness and professionalism. This procurement by Slovakia follows past contracts of SPIKE Missile by Germany, Baltic States Latvia, Estonia and Lithuania, as well as many other European countries, which has created common ATGM capabilities within Europe, serving interoperability and potentially future cross-nation mutual support”.