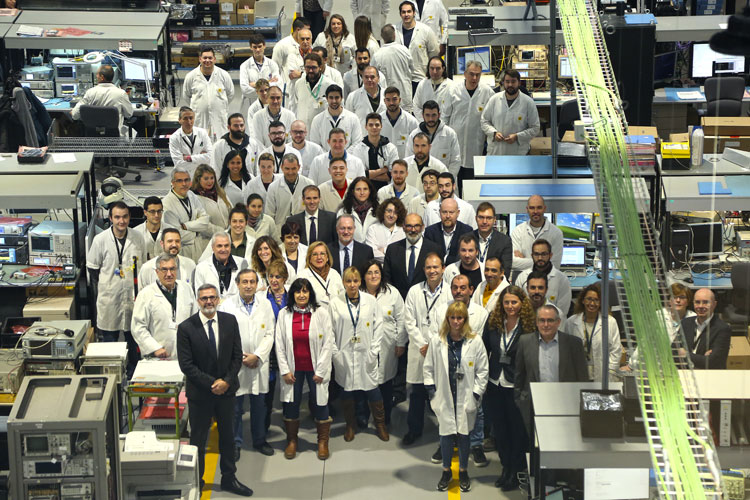 Indra has inaugurated the biggest radar factory in Spain, and one of the biggest in Europe, concentrating all manufacturing for civil and military uses.

Press Release, Madrid, 23 January 2020: Indra, one of the leading global technology and consulting companies, has strengthened its position in the radar manufacturing field with the opening of a one-of-a-kind factory in Spain where equipment for both civil and military use will be produced.

“The new Indra radar production facility in San Fernando de Henares represents a clear commitment of the company for the design and production of such systems, in which Indra is one of the global leaders, mostly thanks to the 3D technology for civil as well as military use,” says Jorge Estévez, director of Transportation and Defence Operation at Indra. It comes as no surprise that Indra has been awarded all of the 3D radar tenders by NATO since 2005, and has supplied 40 units in different configurations world-wide: long-range, fixed or non-fixed, medium-range, high-mobility tactical configuration and naval radars. The order book is extensive. Indra radars have the most advanced digital signal processing technologies (Digital Beam Forming) and add improvements to enhance their operational flexibility and reliability throughout their life cycle.

Indra has concentrated the manufacturing of all its radar systems on a single 7,000-square -metre factory. Nearly 200 professionals, many of them with a level of experience that is hard to find in Europe, are working together to cover the entire radar manufacturing cycle, from the production of the electronic cards to the actual assembly. Most of these next-generation radars will be exported to countries all over the world.

Jorge Estévez emphasises the competitiveness and innovation that characterises the factory: “The capacity of this factory will allow us to absorb the sales growth that we anticipate for the coming years in the domestic and international markets. This factory integrates from the manufacturing processes of highly complex electronic boards to the final tests, and has allowed us to make substantial improvements in the production processes, embodying lean manufacturing and automation elements.”