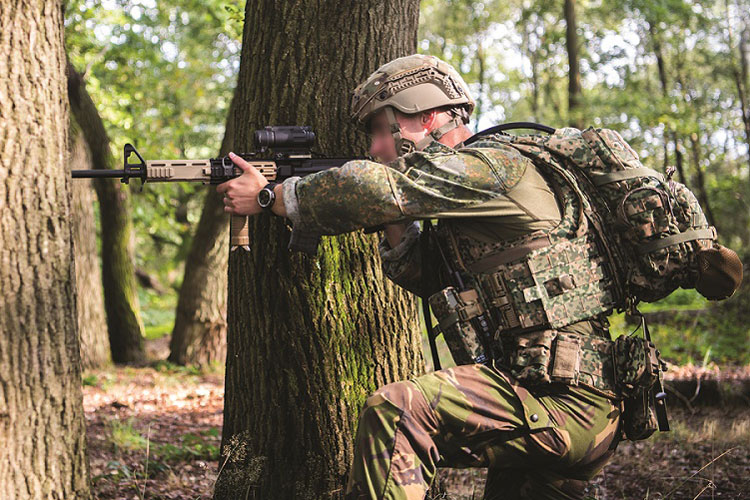 Elbit Systems today announced the award of a $65 million VOSS follow-on contract to supply soldier systems to the armed forces of the Netherlands.

Press Release, Haifa, 22 December 2019: Elbit Systems Ltd. announced today that it was awarded an approximately $65 million follow-on contract from the Dutch Ministry of Defence to supply additional soldier systems to the Armed Forces of the Netherlands, as part of the VOSS programme (the Dutch programme for improved operational soldier systems). The contract will be performed over a two-year period.

Haim Delmar, Executive Vice President and General Manager of Elbit Systems C4I & Cyber, said: “We are proud to continue providing advance systems to the Armed Forces of the Netherlands. We are looking forward to continuing our partnership with the Dutch MOD on programmes that contribute to the survivability and effectiveness of the Dutch soldiers”.

Footnote: To read about the new jacket and load carriage camouflage patterns in the lead image click on New M19 Netherlands Fractal Patterns.