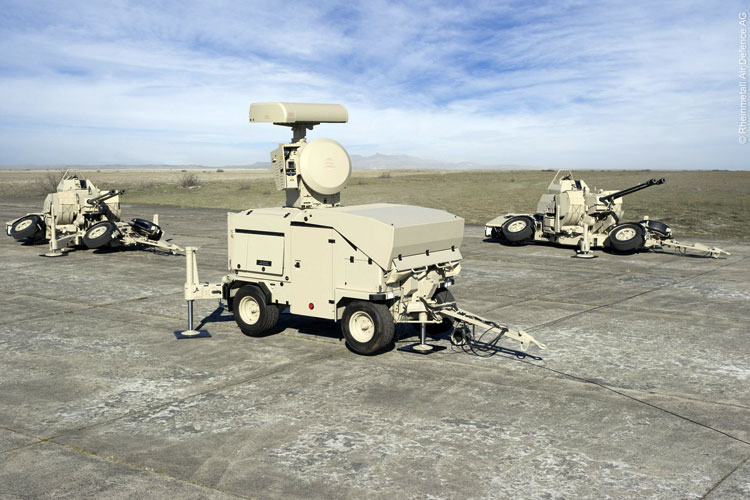 Rheinmetall has today been able to officially announce it is to modernise an international client’s Skyguard air defence systems in a multimillion-Euro contract.

Press Release, Düsseldorf, 09 December 2019: An international client has awarded Rheinmetall a contract to modernise its air defence systems. The total value of the order, now official, comes to around €120 million. Delivery is scheduled to commence in the third quarter of 2020.

The modernisation measures will enhance the combat effectiveness of existing Skyguard air defence systems. Among other things, the upgraded systems will have an improved capability against drones. The order also encompasses spare parts, technical documentation, training and instruction support as well as state-of-the-art ammunition.