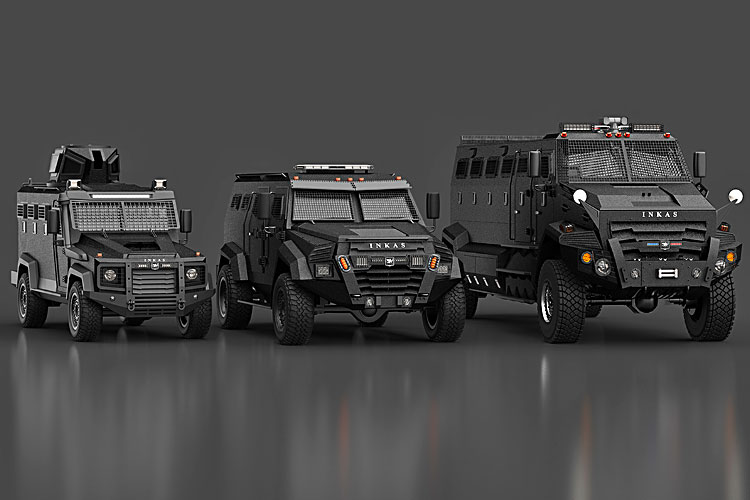 INKAS, a Canadian-based company that specialises in the design and production of a wide range of armoured vehicles, will display at Milipol Paris 2019.

As a global leader in its space, INKAS is proud to announce its appearance at the 21st session of the Leading Homeland Security and Safety event – Milipol Paris 2019 on November 19-22. At Milipol 2019, INKAS will display a lineup of multipurpose armoured vehicles, including personnel carriers and tactical special purpose vehicles. Apart from that INKAS will showcase its unique vehicle-mounted signal jamming system and other tactical applications.

“We have an international reputation for producing top quality and dependable defensive vehicles that protect personnel in law enforcement, peacekeeping missions, border control agencies, as well as high-risk civilians such as diplomats, political leaders, and dignitaries,” says Philip Daskal, Vice President of Sales, INKAS. “Making use of our 100% in-house design, fabrication and assembling capacities, INKAS consistently offers the fastest vehicle turnaround times in the market.”