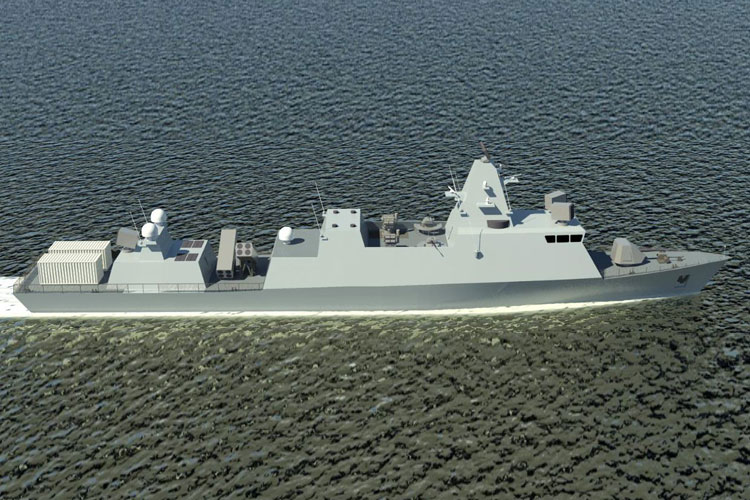 The Israeli Navy’s new vessel is to be designed by Israel Shipyards Ltd. ~ the new and advanced Reshef Class will replace the Sa’ar 4.5 Class missile boats.

Press Release, Haifa, 13 November 2019: Israel Ministry of Defense has signed an agreement with Israel Shipyards Ltd. for the design of the next Israel Navy new and advanced combat vessel – the Reshef Class.

Replacing the reliable above-20-years-in-service Sa’ar 4.5, the new vessel is to successfully withstand the new and evolving threats and challenges the force will face. The Reshef Class vessels, which will be based on the ISL S-72 proven design, will significantly empower the Israeli Navy capabilities in the future combat field and will assist in protecting Israel’s Exclusive Economic Zone (EEZ) as well as the off shore oil & gas facilities within Israel’s territorial waters. All combat systems on board the new ship will be of Israel’s defence industry produce.

Israel Shipyards Ltd. is one of the largest privately-owned shipbuilding and repair facilities in the Eastern Mediterranean. Its main offerings cover Sa’ar class missile corvettes, including Sa’ar 4, Sa’ar 4.5 and Sa’ar S-72, Offshore Patrol Vessels (OPVs); Fast Patrol Craft, including Shaldag MK II – MK V; commercial ships; tugboats and multipurpose boats. In recent decades, the company has built and delivered a large number of these vessels, which are in active service with the Israeli Navy as well as in the Navies, Coast Guards and law enforcement authorities of countries around the world.

According to Israel Shipyards’ Managing Director, Mr. Eitan Zucker “We are proud to be invited by the Israel Navy and MOD to partner in the development of the Navy’s future-vessel and will dedicate ourselves as always to provide the optimal answer to the corps’ needs”.