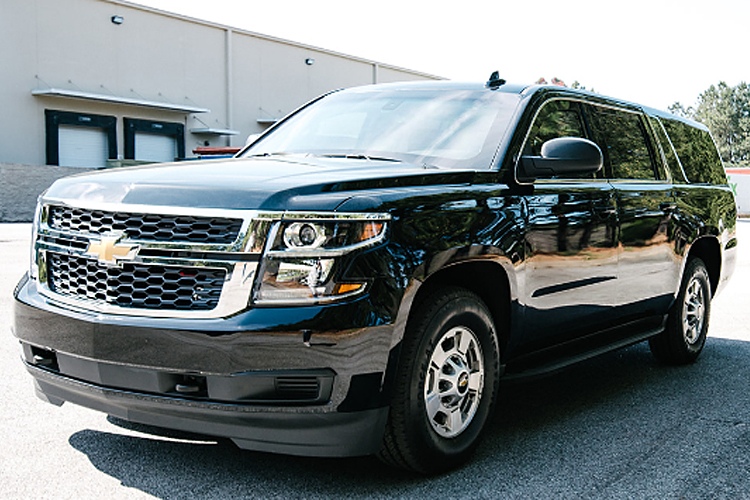 Jankel Tactical Systems, part of the global Jankel group of companies, has announced the delivery of their largest ever single armoured vehicle order.

Press Release, September 2019: World-class specialists in the design and production of high-specification armoured vehicles, US-based Jankel Tactical Systems (part of the global Jankel group of companies), has announced the successful delivery of their largest ever single order for armoured vehicles. The order for Chevrolet 3500 HD Suburban vehicles was called up off a 10-year Blanket Purchase Agreement (BPA) that was awarded to Jankel in 2017. This announcement coincides with the DSEi 2019 exhibition, taking place at Excel London 10-13 September 2019.

Jankel Tactical Systems is already well-established in North America. This order has seen Jankel’s already strong Civilian Armoured Vehicle (CAV) business grow by a tremendous 250% in 2019. Also, this delivery secured a 130% growth in Jankel’s overall CAV production. Whilst Jankel are unable to specify vehicle numbers nor the exact end-user to whom this order has been delivered, Jankel’s core clients include the US Department of Defense; US Department of State; the Canadian Department of National Defence; and Global Affairs Canada. In addition, Jankel has secured new customer opportunities with the US Customs and Border Patrol, US Marshalls, and the US Drug Enforcement Agency.

Prior to acceptance, Jankel had to complete rigorous First Article Testing (FAT). This involved the production and delivery of one complete vehicle built to the demanding customer specification. The vehicle was then put through a series of mobility tests followed by blast and ballistic destructive testing. This process confirmed Jankel’s ability to deliver full compliance against the specification prior to the commencement of series production.

Jankel’s rapid growth in North America has focused on ‘Hot Formed Armored’ discreet platforms and the delivery of niche armour requirements for platforms indigenous to the country within which they operate; including the Chevrolet 3500 HD Suburban, Toyota Land Cruiser 79 Series Double Cab (4×4 and 6×6) and Mercedes Sprinter 3500 XD. In addition to their wide range of vehicle protection capabilities, Jankel is targeting the provision of specialist seating and survivability systems. Jankel sales programs increased significantly in 2018/19 with the provision of BLASTech Seating solutions for Mine-Resistant Ambush Protected (MRAP) and new production vehicles for the US and allied nations.

Cody Baker, Chief Executive Officer (CEO) at Jankel Tactical Systems said: “delivering this order and achieving such growth is the result of a monumental effort from our entire team here at JTS as well as our ever-supportive supply chain. I’m very proud of all those involved”. He added: “The successful delivery of a major order such as this further underlines Jankel’s agility, reliability and understanding of our clients’ needs and priorities. We’re looking forward to continuing this growth trend as our North American and global client base increases”.

At DSEi Jankel will be exhibiting at Stand N6-350.