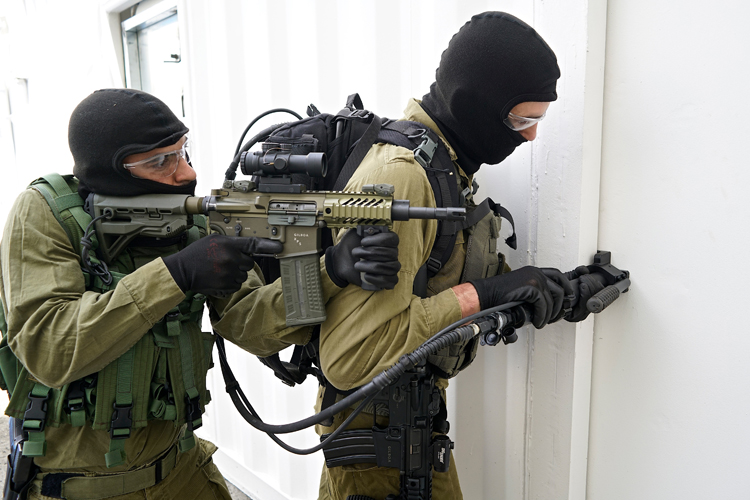 SAN’s lightweight breaching kit designed for military and para-military Special Forces and is currently being used in over 25 countries around the world.

Press Release, 03 September 2019: SAN Ltd. designer and manufacturer of heavy and light equipment for the defence and commercial markets around the world, will present its unique Tactical Breaching Kit in use by Special Forces, Law Enforcement units, and Search & Rescue teams, at DSEI 2019.

Weighing only 3-4 kg when in use by hand, the lightweight kit is powered by two batteries, each one able to power up to 25 breaching operations, totalling up to 50 breaches between charges. The use of a hydraulic method instead of explosives or mechanical tools, makes the system quiet and easy to operate, enabling forces to maintain the element of surprise in cases where the breach is required in order to locate and neutralise hostile forces. The kit is also safe for both the user and anything or anyone on the other side of the door, which is curial in hostage and rescue situations.

“As most of our team were breachers during their service, when we developed the Tactical Breaching Kit, our goal was to create the ideal breaching solution,” says Ran Nakash, CEO of SAN Ltd. “We invested considerable resources in developing a system that is based on our operational knowledge in the hydraulics field. This resulted in the best possible product for today’s operating forces and is currently being used throughout the world.”