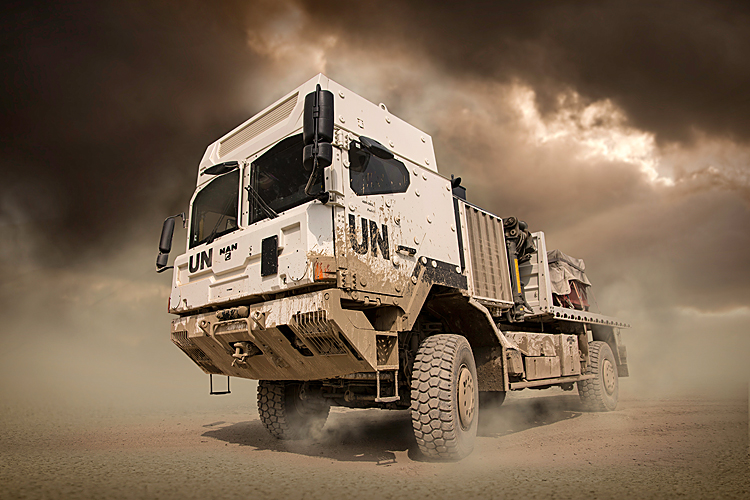 True to the motto ‘Force Protection is our Mission’, Rheinmetall will be on hand at IDEX in Abu Dhabi with a representative selection of products from its extensive portfolio.

For the first time ever, Rheinmetall is showcasing its new Hybrid Protection Module. Combining active and passive protection technology, it can be retrofitted into vehicles or deployed in standalone mode. Furthermore, Rheinmetall is presenting two variants of its tried-and-tested Multi Ammunition Softkill System (MASS) decoy launcher system: MASS_OCR with Offboard Corner Reflector and the standalone MASS_ISS with Integrated Sensor Suite, intended for units lacking an organic reconnaissance system for countering e.g. laser and radar threats.

Rheinmetall’s comprehensive expertise in the air defence domain is also on show at IDEX 2019, embodied in its innovative Skynex system. The Skynex configuration on display at Abu Dhabi features the remotely operated, network-capable Oerlikon Revolver Gun Mk3 – mounted on an HX77 truck – bolstered by an X-TAR3D search radar, a Cheetah guided missile and a high-energy laser effector.

Rheinmetall also numbers among the world’s foremost suppliers in the field of training and simulation, where it makes a crucial contribution to enhancing the operational effectiveness of numerous armed forces and law enforcement agencies. At IDEX 2019 Rheinmetall is highlighting its new “Total Ship Training” system, an integrated simulation-based approach for training entire ships’ crews ashore. The aim of this concept is to increase the operational readiness and to reduce the training costs while taking into account modern demands for longer sea endurance of the fleet and multi-crew concepts.

As a leading supplier for soldier systems, sensors, effectors, networking and C4I systems, Rheinmetall sets extraordinary standards in the digitization of armed forces. The Düsseldorf-based specialist for security and mobility continues to widen its lead in the soldier system market with solutions like Argus New Generation and Gladius 2.0. On view too at IDEX 2019 are the Group’s cutting-edge TacNet tactical management system and the Rheinmetall Command and Control Software (RC2S).

Furthermore, at IDEX 2019 Rheinmetall is presenting its comprehensive expertise in practically every capability category. Among other things, these include the Group’s tactical vehicles as well as the versatile, high-mobility trucks, the backbone of modern military logistics; weapon and ammunition systems that are a match for the latest threats, enabling a swift, scalable response; and innovative, network-capable sensors for applications on land, at sea and in the air. We look forward to seeing you at IDEX 2019 at our stand 09-A10.