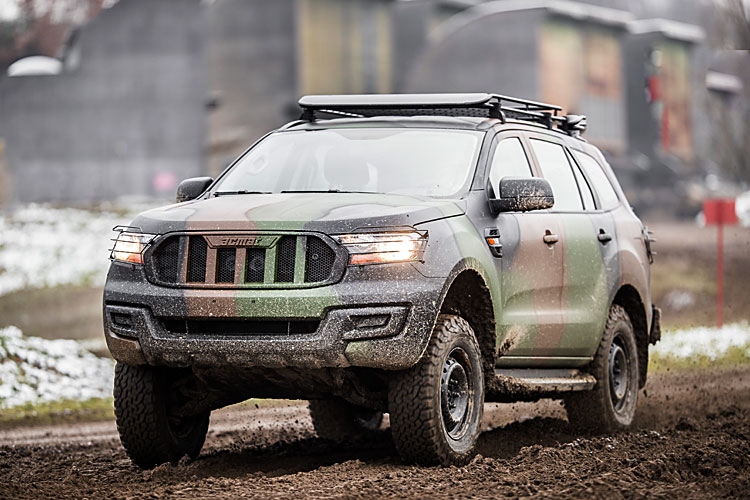 On Monday, December 17th, the 500th VT4 Standard 1 vehicle was delivered to the French Army meeting the delivery target for 2018.

Press Release, 17 December 2018: Designed for liaison and command, the VT4 is a light vehicle which is being delivered to the French Army since October 1st.

On October 11th, the 12e Régiment de Cuirassiers (12th Regiment of Cuirassiers) received the first two VT4 delivered to the Army, during a ceremony held at the Structure Intégrée du Maintien en Condition Opérationnelle des Matériels Terrestres (Integrated Structure for the Maintenance of Land Equipment). The VT4 has received an excellent welcome from all the units in which it has been deployed. It has notably received praise for its comfort, security and modernity, which all preserve the soldier’s battle-readiness in operations.

The VT4 programme was announced in December 2016 by the Minister of Defence during his visit at the Centre de Maintien en Condition Opérationnelle (ARQUUS’ Maintenance Center) in Fourchambault (Nièvre). It will cover a total of 3,700 vehicles produced in the ARQUUS plant in Saint Nazaire since December 2017. The VT4 programme aims at militarising a 4×4 civilian base by adding several new references which focus on mobility, ergonomics, resistance and military equipment integration. This concept combines the comfort and security of modern vehicles and the ruggedness of military vehicles. The VT4 vehicles will benefit from an innovative support, entirely integrated by ARQUUS since the beginning of the contract, with a commitment on vehicle availability. The maintenance centre in Fourchambault is already in charge of the logistics support for VT4-equipped units.

The delivery of the Standard 2 version of the VT4 will start as early as the beginning of 2019. The order for the 2nd tier, which consists of 1,200 Standard 2 vehicles with 350 more references, was signed on September 7th by the DGA (French DNA). This programme was instrumental for ARQUUS’ plant in Saint-Nazaire, which now employs more than 200 people, and is still ramping up.

4x4, ARQUUS, Featured, French Army, VT4
You may also like