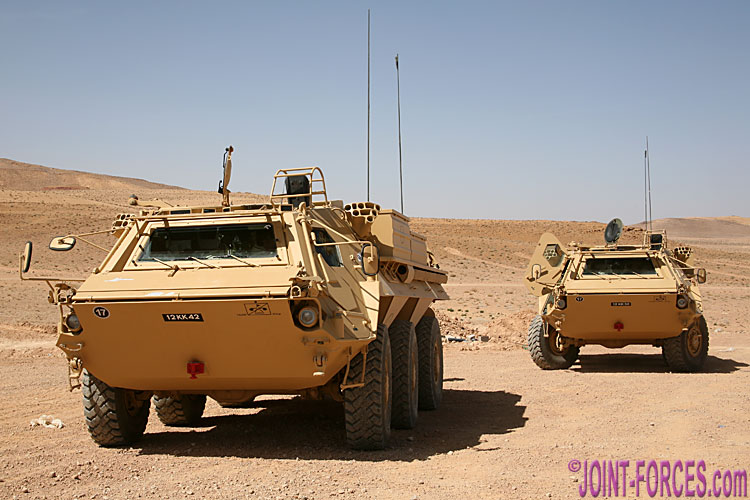 Press release, 8th October 2018: An international customer has ordered components for manufacturing the Fuchs/Fox 2 wheeled armoured vehicle. The order is worth a figure in the three-digit million Euro range.

Delivery of the components will take place during the 2019-2020 timeframe. This contract has special significance for Rheinmetall’s Kassel plant, birthplace of the battle-tested 6×6 vehicle.

To date, some 1,400 Fuchs/Fox vehicles have been built. The armed forces of numerous nations have multiple variants of the vehicle in their inventories, including an armoured personnel carrier, a mobile tactical operations centre, a field ambulance, and an NBC reconnaissance vehicle.

The German Bundeswehr has fielded multiple versions ever since 1979, having deployed over 100 Fuchs/Fox 1 vehicles in Afghanistan and elsewhere. Deriving from it, the Fuchs/Fox 2 is an advanced version of the system, featuring (among other things) a larger fighting compartment, a more powerful engine, updated running gear, improved survivability and digital vehicle electronics.

The Bundeswehr is also modernising part of its Fuchs/Fox 1 fleet. The most advanced version, the Fuchs/Fox 1A8, delivers considerably better protection against landmines and IEDs than its predecessors, coupled with enhanced ballistic protection. Among the principal modifications of the Fuchs/Fox 1A8 are structural changes to the hull, new seating and seat suspension slings in the fighting compartment in order to keep the troops’ feet off the floor, plus reinforced wheel housings, doors and window frames as well as additional storage compartments and a reinforced exterior. In all, Rheinmetall will bring 272 Bundeswehr Fuchs/Fox vehicles up to current 1A8 standard by the end of 2020.

Furthermore, Rheinmetall offers an even more advanced version of the vehicle, the ‘1A8 Plus’, which has a new drive unit, a new transfer case, a new brake system, an improved steering system as well as monitoring and camera visualisation systems. This makes the Fuchs/Fox 1A8 Plus even more manoeuvrable in off-road terrain and considerably easier to handle. These measures will make it possible to keep using the Fuchs/Fox even beyond the year 2030. Armour, Featured, Fuchs, Fuchs 2, Rheinmetall
You may also like