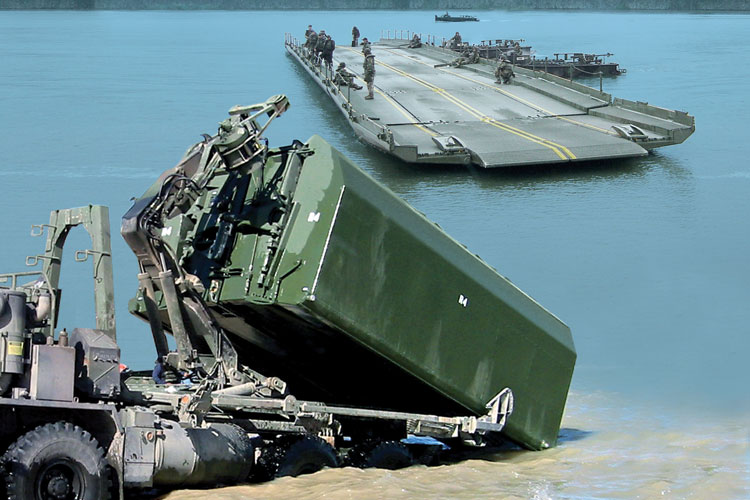 General Dynamics European Land Systems (GDELS) has signed a contract with the Brazilian Army Commission for the production and delivery of its Improved Ribbon Bridge (IRB).

Press Release: In addition to the Improved Ribbon Bridge, the company will deliver trucks, bridge adapter pallets, a bridge erection boat, as well as Integrated Logistics Support (ILS). Delivery of the first system is scheduled for 2019.

The Brazilian Army is an existing user of the company’s Floating Support Bridge (FSB). The FSB and IRB systems are interoperable and offer key capabilities for armed forces worldwide. The Improved Ribbon Bridge can be operated as a multi-bay ferry as well as a floating bridge. It provides wide wet-gap crossing capability for loads up to MLC80 Tracked / 96 Wheeled.

The Improved Ribbon Bridge is in service worldwide and has supported theatre and peacekeeping operations, as well as humanitarian and environmental missions. The IRB is fully interoperable with General Dynamics European Land Systems’ legacy floating bridge systems, including the Floating Support Bridge, the Standard Ribbon Bridge (SRB) and the M3 Amphibious Bridge and Ferry System.