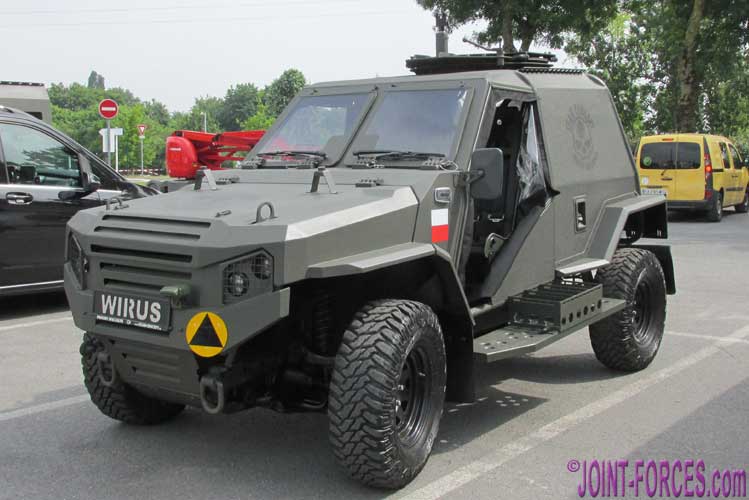 Earlier today, during the build-up for Eurosatory 18, JOINT-FORCES.com was able to view the three new vehicles being offered to the Polish MoD by TEAM CONCEPT.

Based on a Mercedes-Benz drive train and key mechanial components the DINO is being proposed as an armoured Tarpan Honker replacement. The WIRUS, which shares many mechanical components with DINO, is understood to be aimed at a Polish Special Forces requirement.