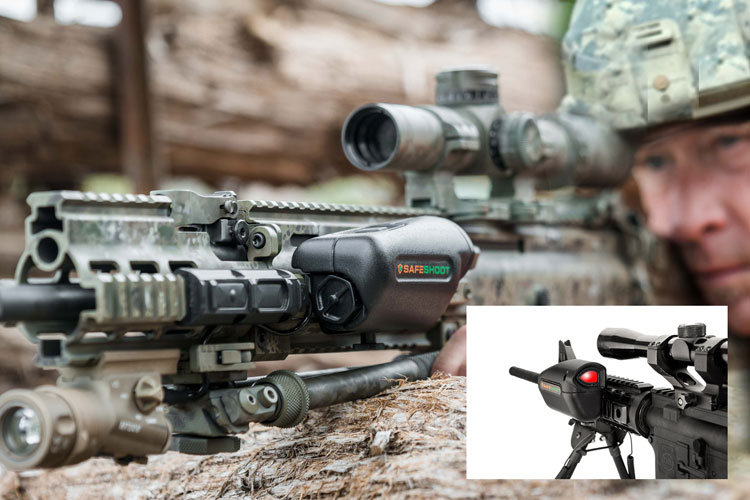 Press Release: According to Gabi Davidson, VP Marketing of SafeShoot, “Modern warfare, much of which takes place in densely populated areas, has led to an increase in friendly fire incidents among many armies around the world. To meet this challenge, we have developed GreenShield, which allows an additional layer of safety, operational continuity and improved coordination among friendly forces. The solution also enables a short sensor-to-shooter cycle, an easier and faster decision-making process, closer support fire, and better situational awareness.”

The system detects the spatial position and barrel direction of all SafeShoot devices (Shooter and/or Defender). It immediately and automatically alerts the shooter when there is a high risk of executing friendly fire – even when there is no line-of-sight and under varying weather conditions, day or night. The system enables a dynamic wireless network and exchange of online data between the devices in the arena.

Mr. Davidson added, “We believe that, with the help of our products, which enable the identification of own forces in the field, we can significantly reduce the number of casualties caused by friendly fire.”

GreenShield will be showcased at EUROSATORY in Paris in early June.