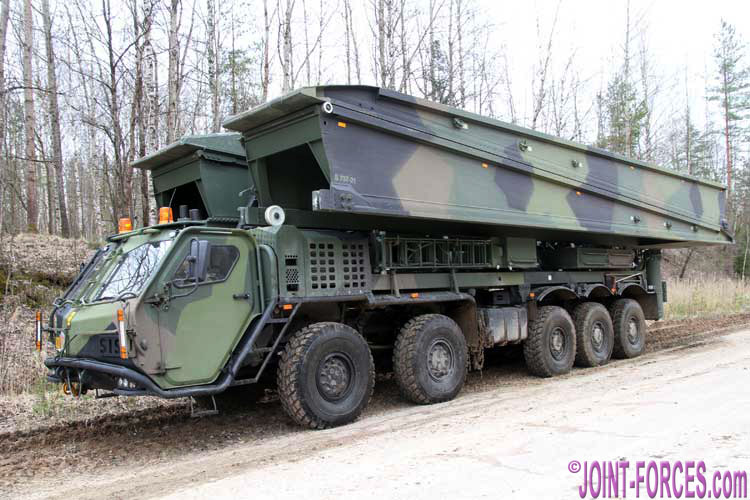 Finland’s Patria Group has announced a major upgrade to the Finnish Army’s bridge-laying systems on the SISU wheeled and Leopard 2 tracked platforms.

Press Release: The Finnish Minister of Defence has authorised the Defence Forces Logistics Command to sign an agreement on bridge-laying equipment systems with Patria.

The Defence Forces will get four new Leopard 2L bridge tanks with ability to handle LEGUAN bridges of different lengths. Bridge-laying systems are to be built on the Leopard 2A4 platforms purchased earlier. Simultaneously, bridge-laying ability of different length bridges will be provided for the earlier purchased six Leopard 2L bridge tanks and nine SISU E15TP-L bridge vehicles.

Patria carried out a bridge system project in 2004 – 2008 and delivered six bridge-laying tanks and nine bridge-laying vehicles. This authorisation will increase the amount of those tanks and update the current equipment.

The deliveries of new tanks and modifications of the earlier purchased bridge-laying tanks and SISU E15TP-L vehicles will take place in 2019 – 2021.

¤ Patria will be displaying some of their latest products at EUROSATORY 2018 in Paris, from 11th June.