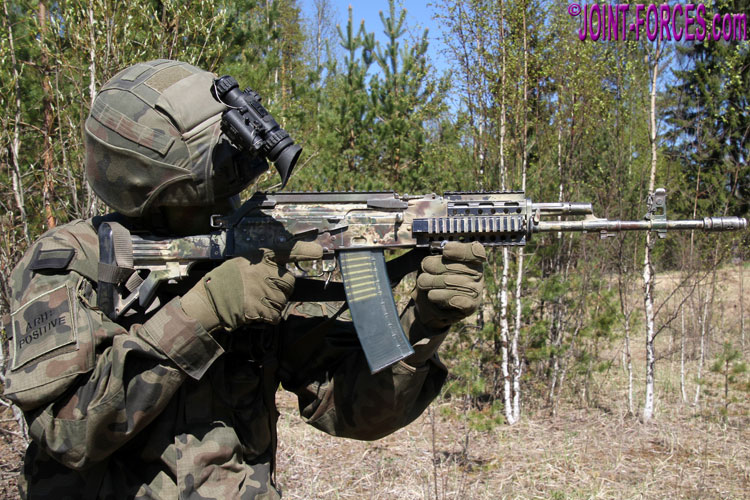 In recent articles I have looked at the Baltic States plus close neighbours Finland – staying in this region I now focus on Polish wz93 Pantera Pattern, writes Bob Morrison.

From the end of WWII through to 1990, just like its three neighbours on the eastern southern shores of the Baltic Sea, Poland fell under the influence of the Warsaw Pact. However despite being under Moscow’s thumb for four and a half decades, Polish troops did not wear Soviet-style camouflage during the latter part of the Cold war but developed their own distinctive patterns.

Following the breakaway from the Soviet Union, in the early 1990s the Poles produced a more Western-style four-colour ‘woodland’ pattern which incorporated green and brown over a drab base, in similar shades to WWII ‘brushstroke’ pattern, but with the addition of black as a fourth colour to give the impression of depth. Designated wz.93 Pantera (type 93 Panther) this 4-colour camo, still in use today so it must be deemed effective, uses large amoebic shapes printed on a light base layer. For consistency when discussing shades I have recently been using X11 web colour names, but in this case I am a bit stumped as the shade of base fabric does not really come close to anything on that quite extensive list so I am going to describe it as being a drab khaki. The closest match for the reddish brown shade is probably Sienna (#A0522D) and I reckon the green shade is closest to DarkSeaGreen (#8FBC8F).

In flat light the Polish uniform camo, originally intended for use central European wear, takes on an overall dull greenish appearance but under bright sunlight it can appear more brownish. I took four-view shots of three different Polish soldiers in the field in quite different light conditions in Poland and Estonia between late 2014 and early summer 2017 and hopefully these sets below will illustrate the challenges facing designers tasked with producing the best camo pattern for wear through the changing seasons on national and regional terrain and against predominant local foliage.

I am starting off with a Polish infantryman photographed during Exercise RYS ’14, a joint Polish and British mechanised infantry exercise held in November 2014 on the large training area at Świętoszów, south of Żagań. He was serving with 10th Dragoons Mechanised Squadron of 10th Armoured Cavalry Brigade. In addition to waterproof hooded smock and combat trousers in wz.93 Pantera pattern, he wore a simple chest rig with built-in pouches and basic waist strap plus crossover back-straps. The weather conditions were quite typical for this part of Silesia at the end of autumn… grey and gloomy.

My next subject, photographed at Ustka the following June during the multinational BALTOPS ’15, was a lance corporal from the 1st ‘Lęborski‘ Mechanised Battalion of the 7th ‘Pomerania‘ Coastal Defence Brigade, based at Słupsk about 20km south of the Baltic Sea and part of the 12th Mechanised Division. Just a few days before midsummer’s day, it was bright with clouds in the sky but being on the shores of the Baltic the air was clear.

During the Cold War the predecessor formations of this coastal defence formation operated as Marines, identifiable as such by blue berets, and 7th ‘Pomerania‘ carried forward their traditions as well as operating in the amphibious assault role using BWP-1 (Polish version of the BMP-1) tracked armoured personnel carriers. The ‘Blue Beret’ Marine Infantry NCO wore the standard combat jacket, rather than the waterproof hooded winter version worn by the Dragoon, and he also wore a more modern body armour load vest with horizontal PALS tapes to which ammunition and utility pouches were affixed.

The third Polish soldier was part of a squad from 9th Warminski Reconnaissance Regiment, or Warmiński Pułk Rozpoznawczy, normally based in north-east Poland about 30 kilometres south of the Russian exclave of Kaliningrad, who I caught up with during KEVADTORM ’17 in Estonia where his unit was operating as enemy Yellow Forces and using a mix of Hum-vees and Polaris quads.

The set of photos below was taken late morning on a cloudless day in late May in 2017. Uniform, load carriage equipment and pouches worn were manufactured from wz.93 fabric, with the exception of PALS tapes and mesh which were olive green, but the material used for the shirt and trousers was a ripstop type. Soldiers from this recce unit are considered to be elite, but you can probably guess this by his general appearance.

Sleeve insignia worn by the Marine Infantry lance corporal was limited to the standard version of the Polish national flag and the 1st ‘Lęborski‘ badge on the left arm, its anchor indicating the Marine Infantry tradition, plus a blood group type tape on the right arm. The soldier from the recce squad had low visibility national flags on each upper arm and the low visibility version of his regiment’s badge (normally blue with yellow numeral) on the left arm plus a large wz.93 camo patch with his blood group on his right arm.

In response to questions from followers on our social media pages who have been asking what other camouflage pattern articles we have in the pipeline, the brief answer is a few more but I have not compiled a list. For the next couple of features I think I might move towards Norway and Denmark, but please don’t hold me to that as something newsworthy might take me off in a different direction.

If you arrived on this Kit & Camo section page from a link on our Facebook or Twitter social media pages please feel free to Share or Retweet to alert other camouflage enthusiasts. Thanks. 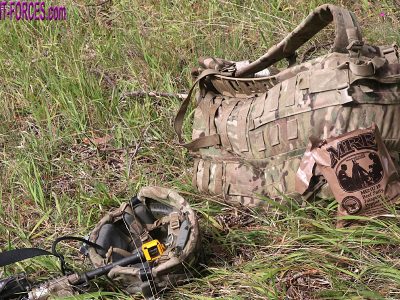 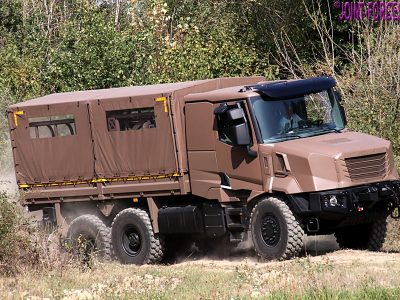 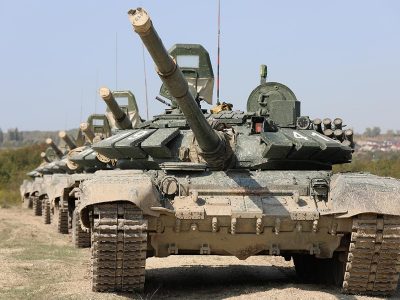