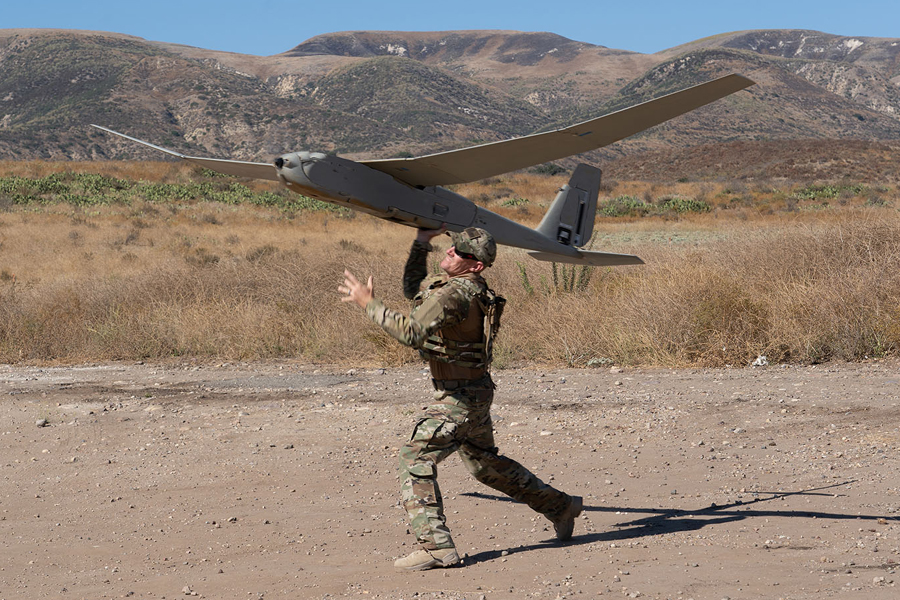 “Puma 3 AE offers allied forces an unparalleled perspective of tactical environments, increasing situational awareness and minimizing exposure to possible threats on land or at sea,” said Rick Pedigo, vice president of business development and sales at AeroVironment. “With the help of AeroVironment’s tactical unmanned aircraft systems, like Puma 3 AE, customers are able to increase the mission effectiveness and safety of their frontline forces, even in the most extreme environments.”

The AeroVironment Puma 3 AE unmanned aircraft system is designed for land and maritime operations. The hand-launched Puma 3 AE has a wingspan of 9.2 feet, weighs 15 pounds and can operate for up to 2.5 hours. The aircraft also has a range of 12.4 miles (20 kilometres) with a standard antenna, and up to 37.2 miles (60 kilometres) with AeroVironment’s Long-Range Tracking Antenna (LRTA). It also features reduced system packaging with a flyable configuration and GCS in one case. Capable of landing in water or on land, the all-environment Puma 3 AE and Mantis i45 EO/IR sensor suite empower operators with extended flight time and a level of imaging capability never before available in the tactical UAS class.

AeroVironment’s family of tactical UAS comprises the majority of all unmanned aircraft in the US Department of Defense (DoD) inventory, and its rapidly growing international customer base numbers more than 50 allied governments.