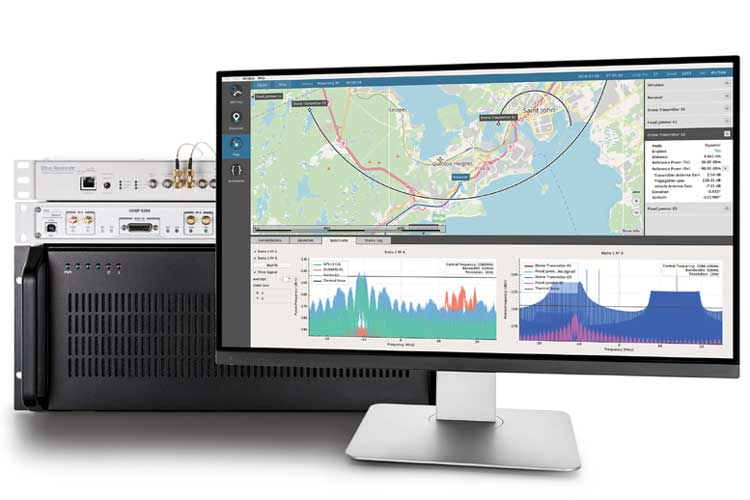 A simple Internet search turns up numerous examples of defence and commercial operations disrupted by unintended or intentional GPS/GNSS signal jamming or spoofing. Worse, it can be virtually impossible to know if a critical system is affected without specially designed detection capabilities. Many of these incidents have been documented in Europe and Asia.

“The risks associated with the sudden inability to navigate, communicate or react in critical situations (or even realise that you’ve lost control of your systems) are serious for any industry,” said Orolia VP Resilient PNT Systems Rohit Braggs. “But when it comes to national security, the ability to conduct unhindered military operations is critical.”

Orolia’s new Simulation and IDM portfolio offers a comprehensive array of GNSS spoofing and jamming simulation, detection, suppression and countermeasures technologies. These capabilities are built on Orolia’s legacy of Resilient PNT solutions, together with two key acquisitions completed this year: Skydel Solutions and Talen-X. These industry leading GNSS testing and simulation companies were selected based on their demonstrated US and Allied Forces Simulation and IDM experience, along with their global customer support networks.

Orolia’s expertise ranges from strategies to protect military bases, government facilities and other fixed site locations to lightweight, software-defined technologies to thwart enemy spoofers and jammers on the mobile battlefield, whether on land, at sea or in the air. Orolia CEO Dr. Jean-Yves Courtois delivered a presentation on the importance of protecting mobile military operations from jamming and spoofing on the inaugural day of the DSEI expo, where he also introduced the company’s Simulation and IDM portfolio.

“In Europe, there’s no longer a question that GNSS jamming and spoofing is real and affecting both military and commercial operations,” said Dr. Courtois. “We must now go beyond acknowledging the problem to putting real world solutions in place quickly. Orolia specialises in providing easy to install, proven IDM solutions to reject interference and protect critical systems.”

As part of the Simulation and IDM portfolio announcement, Orolia introduced its latest advanced GNSS simulator, GSG-8. A military grade, software-defined simulator that can accommodate dozens of algorithms to conduct system testing and simulation, GSG-8 is designed for military, space and other specialised customers who require complex capabilities for harsh, high risk environments. GSG-8 can be programmed to simulate operations with multiple GNSS constellations such as GPS and Galileo, and to incorporate the use of encrypted or proprietary signals. It may also be configured for Wavefront and Anechoic chamber simulation protocols to test anti-jam antennas and complete systems, to serve the most sensitive and challenging program requirements.

Featured, GNSS Simulator, GSG-8, Orolia
You may also like