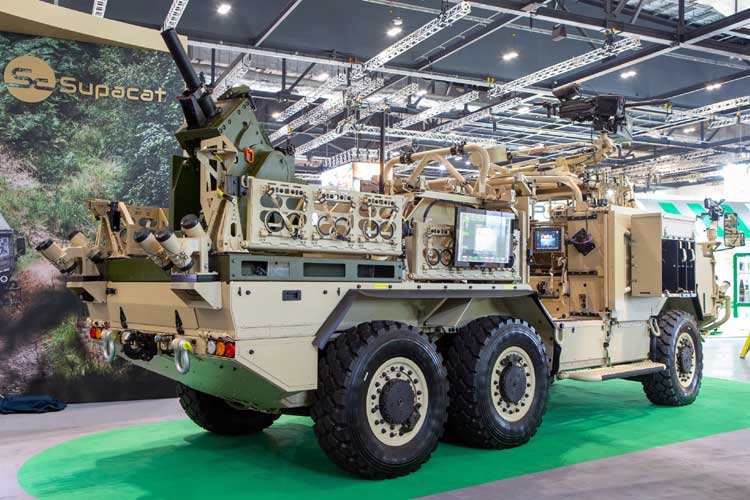 Supacat, Rheinmetall and SCISYS partnership are showcasing a new High Mobility Integrated Fires Capability at the DSEI 2019 expo in London.

The SCISYS developed GVA compliant platform and mission software shares data and video around the platform to each crew member’s display and into the battlespace networks, enhancing shared situational awareness and speed of decision making. The displays are supplied by Leonardo.

“This enhanced capability is a first for light forces and offers a solution to a number of potential requirements among the green army and Special Forces”, said Phil Applegarth, Head of Supacat.

High Mobility Integrated Fires Capability is being demonstrated on the Supacat stand on Supacat’s HMT Extenda Mk2 Special Forces vehicle, which is also making its show debut at DSEi.