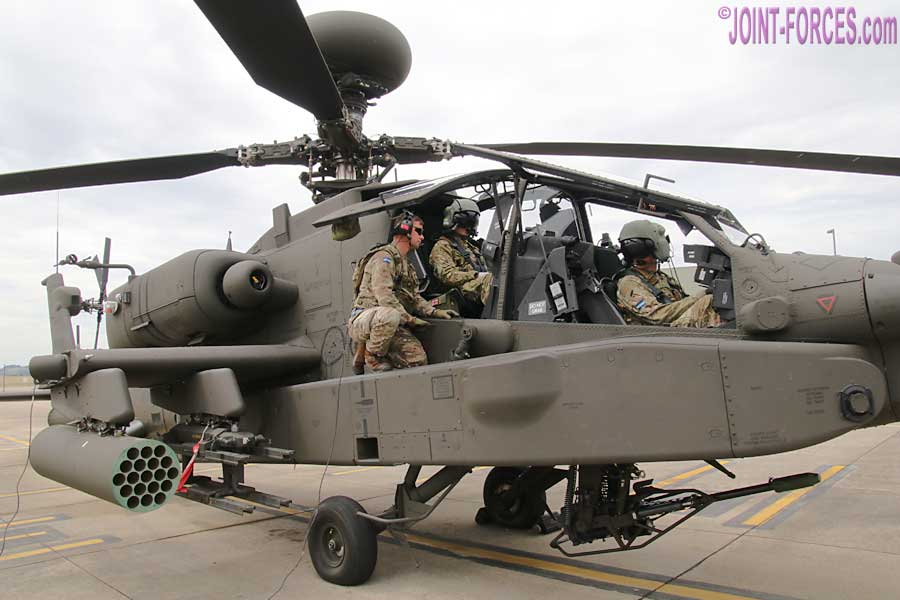 Middle Wallop, the home of Army Aviation, is now operating the British Army’s latest addition to its aircraft inventory, the Apache AH-64E.

The Apache attack helicopter has been in service with the British Army for some twenty-two [sic] years during which it has proven itself an invaluable asset in support of operations in Afghanistan, Libya, and worldwide in both the land and maritime environments. However, that was the Apache D variant, or as it was designated by the British, the Apache Mk1, made under licence in the UK by the then Augusta Westland company and now Leonardo’s.

The latest Apaches, the AH-64Es, mark a step change in the aircraft’s performance. It’s faster and can climb quicker thanks to its new composite rotors, designed to withstand hits from anti-aircraft guns; they also allow it to carry a heavier payload of weaponry and thus increase its lethality. Those weapons will have their targets acquired and guided by a vastly improved radar and sighting systems suite that will have the ability to integrate with remotely piloted air systems (RPAS or “drones”). The aircraft also includes an advanced target prioritising system which helps with rapid reassessment and survivability in countering enemy threats.

The UK Government has placed an order for 50 of these fearsome attack helicopters with its manufacturer, the United States Boeing Corporation. The purchase and introduction of these cutting-edge aircraft is a significant element of the Army’s modernisation focusing on the deep fight as part of the FUTURE SOLDIER programme. The AH64E is a highly potent fighting component of the Army’s ‘FUTURE FORCE 2025’, the date by which all 50 airframes should be in service.

Whilst Wattisham Airfield is home to the front line AH64E regiments, these new AH64E helicopters stationed at Middle Wallop will be operating with 7 Regiment Army Air Corps as the instructional platforms on which the pilots and gunners of tomorrow will train to become the most feared and lethal combo on the battlefield.

vvvvv from our archives vvvvv