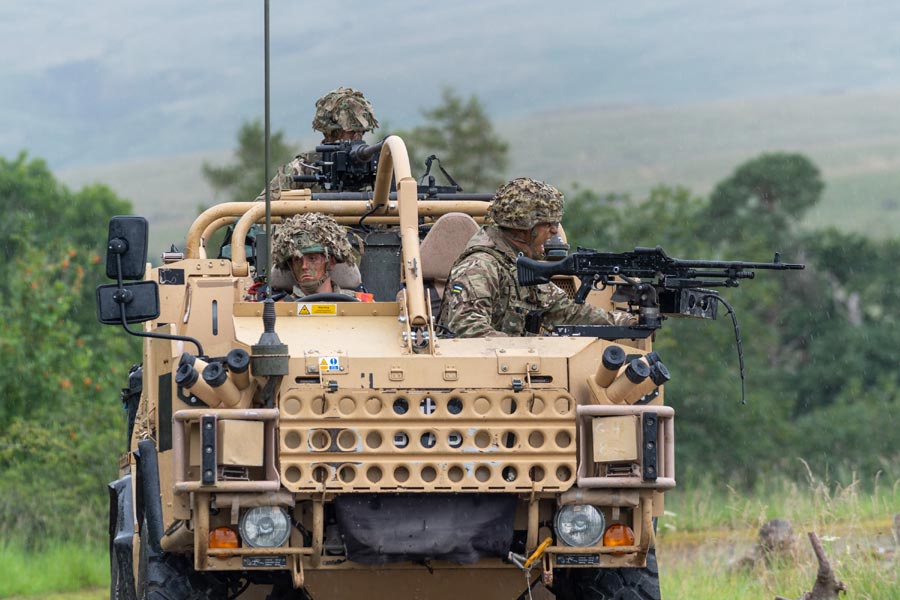 British Army Reserves from the Royal Yeomanry are deploying to Poland to join the Toujours Prêt Second Dragoons of the US 2nd Cavalry Regiment.

They are pictured [24th July] conducting pre-deployment training at Warcop Training Area in Cumbria and are undertaking a series of live-fire tests. These take place day and night, both on foot and from the latest Jackal 2 vehicle to practice their fire and manoeuvre skills.

The 70 mobilised soldiers will be joined by 27 soldiers from 1st The Queen’s Dragoons Guards and will deploy in the Autumn, taking over from C Squadron, The Light Dragoons. The six-month tour will see them become part of the United States 2nd Squadron, 2nd Cavalry Regiment Battlegroup – one of four NATO multinational battlegroups currently deployed in Estonia, Latvia, Lithuania and Poland.

The Jackal 2 weapons platform is designed to protect personnel against roadside explosions and mine attacks and is armed with a General-Purpose Machine Gun for crew protection. It can also be fitted with either a Heavy Machine Gun or a Grenade Machine Gun.

The Royal Yeomanry’s primary role is reconnaissance, operating in front of other friendly forces to gather intelligence, often at night and in poor weather conditions.