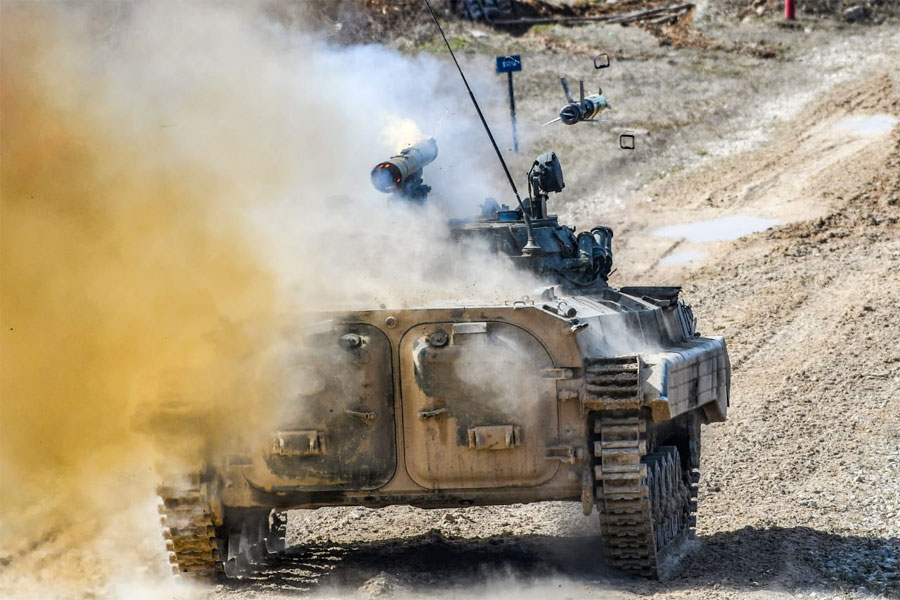 In the Moscow region Russian military personnel of the Western Military District recently conducted live firing from the weapons of the BMP-2.

The accompanying photographs, believed taken on Sunday 2nd by Konstantin Morozov, were released without captions by the Ministry of Defence of the Russian Federation and show Western Military District armoured vehicle crews training for the forthcoming ‘Suvorov Onslaught’ and ‘Tank Biathlon’ competitions of the ARMY 2020 Games. The vehicles they used were BMP-2 (Boyevaya Mashina Pekhoty) Infantry Fighting Vehicles and we suspect this album of images will be of interest to both our armoured vehicle enthusiast and military modeller readers.