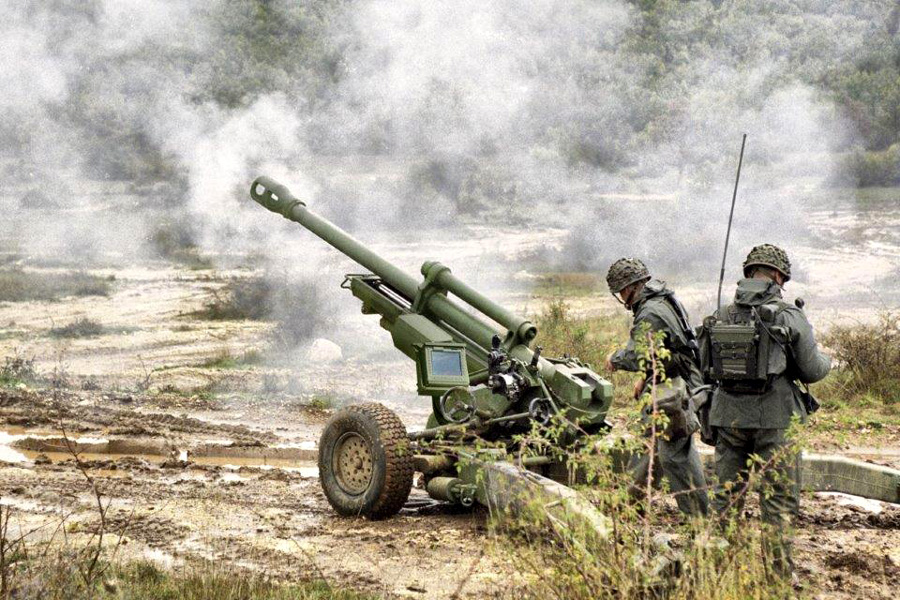 Press Release, Versailles, 28 April 2022: The contract for the supply by Nexter to the Armed Forces of Senegal of eight 105 LG guns and 105mm ammunition came into effect on April 20.

The 105LG is a 105mm towed artillery gun renowned for its reliability and unmatched lightness (1,650 kg). Its ability to be transported by any type of vehicle, aircraft, helicopter, and even parachute, ensures it is ideally mobile for troops operating in extreme climates and difficult terrain. The Senegalese army chose this gun because it perfectly meets the requirements of modern combat: thanks to its lightness and unrivalled rate of fire, it can be put into battery in less than 30 seconds by a crew of five gunners, firing twelve rounds per minute, and this, at a maximum range of 17 km thanks to Nexter Arrowtech’s ERG 3 105mm extended range ammunition. If necessary, it can escape detection by trajectory radars thanks to the very low arrow of its trajectories in tense firing, up to a range of 11km. It is also capable of direct fire up to 2km.

The 105 LG, qualified by the French Army, is already in service with the armies of many countries: Singapore, Thailand, Indonesia, Belgium, Canada, Colombia, and very recently Malaysia, which confirms the renewed interest in artillery of this calibre worldwide. Moreover, this contract with the Armed Forces of Senegal is the first direct sale between Nexter and the Armed Forces of Senegal. It comes shortly after Nexter supplied the six NARWHAL remotely operated naval which equip the three patrol boats ordered for the Senegalese Navy.

Dominique Guillet, director of the Weapons and Ammunition business unit at Nexter, was delighted with this sale, which “initiates a fruitful cooperation between Nexter and Armed Forces of Senegal”.