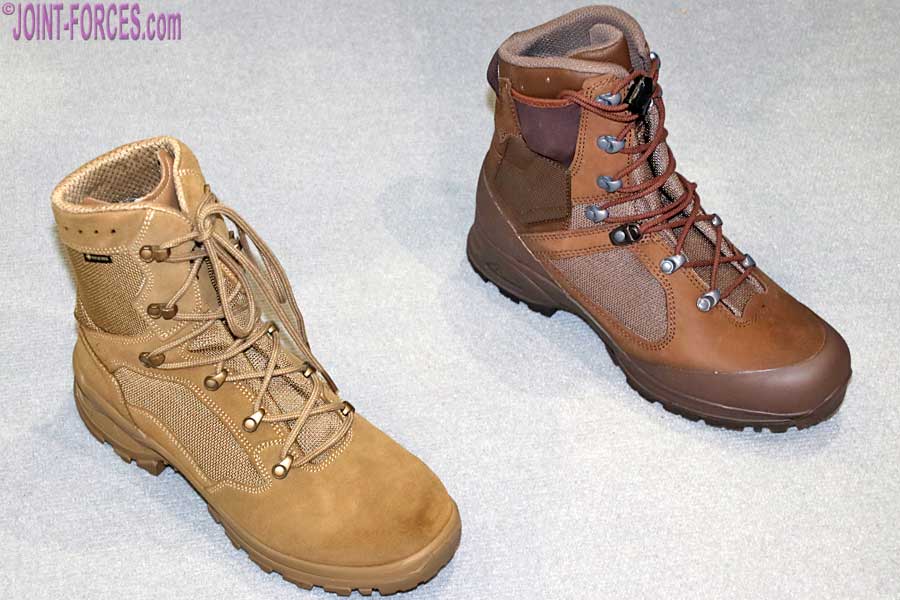 In addition to spotting new wheels and tracks on my brief visit to MSPO 2022 I also spotted some interesting HAIX combat boots on their stand, reports Bob Morrison.

The two HAIX combat boots in the lead photo, photographed on the company stand at Kielce in Poland last week, are not brand new models and we have reviewed both types in the past, but what I found interesting was their intended users.

The brown boot is a version of the HAIX Nepal Pro, very similar to the Chaussure de Combat Centre Europe model issued to the French Army, but in this case the intended users are the Lithuanian Armed Forces. The coyote tan boot is a version of the HAIX Combat GTX model, geared specifically to the requirements of the Georgian Armed Forces. Although these are not new models, the Bavarian-based company’s designers have not been resting on their laurels and at one of the three European defence and security expos (in Bucharest, Paris and Kielce) where our paths have crossed over the last four months their sales team showed me their latest lightweight combat boot prototype and allowed me to handle it; photographs were, understandably, not permitted as the design had not been fully signed off but my initial impression is that HAIX are probably onto another winner.