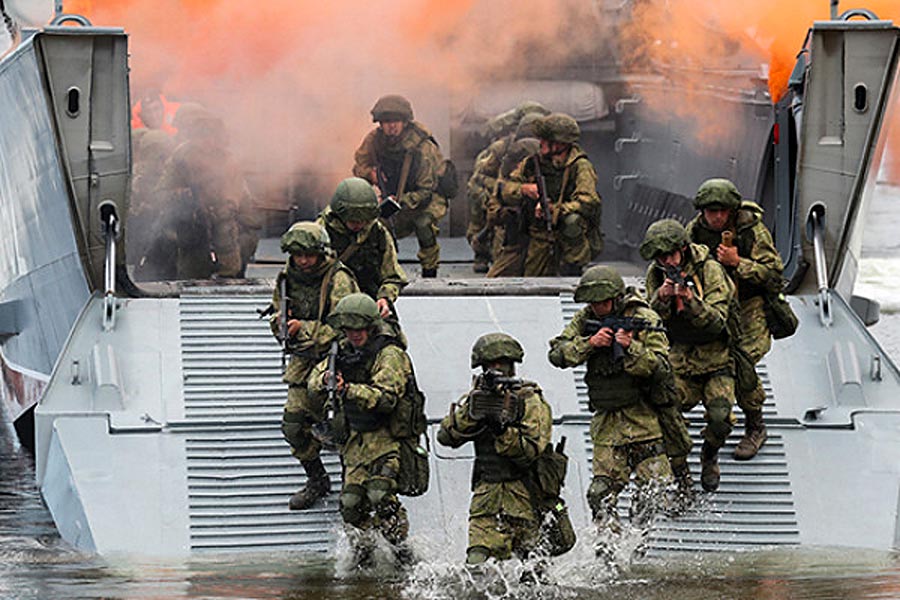 Russian Marines from Kaliningrad have conducted an anti-amphibious defence of the island of Gogland and then landed near St Petersburg.

Having carried out the landing, the subunits began to march to the Kirillovsky training ground (Leningrad region), where the final stage of the bilateral command and staff exercise with the Baltic Fleet and the Combined Arms Army will take place. Earlier, the Marines worked out landing on an unequipped coast on the island of Gogland [aka Hogland] in the water area of the Gulf of Finland*.

In a large-scale exercise in the west of Russia, under the leadership of the commander of the Western Military District, Colonel-General Alexander Zhuravlev, more than 6,000 servicemen and 1,500 pieces of equipment are involved. Practical actions of military command and control bodies and troops (forces) are also taking place at Pravdinsky (Kaliningrad Region), Luga (Leningrad Region) training grounds, and at sea training grounds in the Baltic Sea.

Comprehensive anti-epidemiological measures are being taken at all stages of the exercise.

*On 27 August the Press Service of the Western Military District announced: “In the water area of the Gulf of Finland, the military personnel of the Western Military District (ZVO), as part of the exercise, conducted an anti-amphibious defence of the island of Gogland (Leningrad Region). The Marines, imitating a simulated enemy, disembarked from speedboats, seizing the coast. They were opposed by motorised rifle units, which repulsed the attack by performing a unique vertical manoeuvre airmobile coverage on Mi-8 helicopters.”