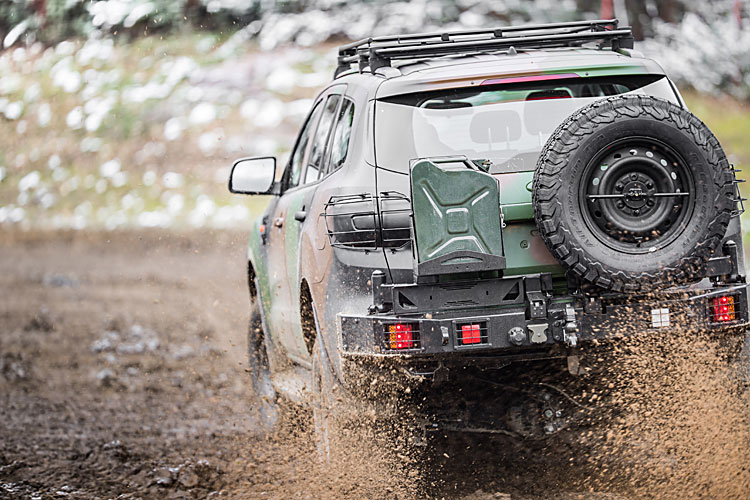 French vehicle manufacturer ARQUUS has this afternoon announced that the first of the VT4 replacements for the P4 have entered service.

Press release: On Thursday, October 11th, the 12th Régiment de Cuirassiers received the first two vehicles of the VT4 programme, during a ceremony organised in Satory at the SIMMT, the Army structure in charge of the maintenance of all Land equipment. The ceremony, which was presided by Major General Charles BEAUDOUIN, Deputy Chief of Staff of the Army, in charge of Plans and programmes.

This programme, launched in December 2016 by the Minister of Defence during his visit at ARQUUS’ maintenance facility (and logistics centre) in Fourchambault (Nièvre), covers 3,700 vehicles. Manufacturing started in December 2017 in ARQUUS’ plant in Saint-Nazaire.

The VT4 programme, which led to a partnership with Ford, has ARQUUS militarise a 4×4 civilian base, by adding more than 250 new references in the fields of mobility (suspension, brakes), ergonomics and integration of military equipment. This concept combines the comfort and security of modern vehicles and the mobility and sturdiness needed for military operations.

These vehicles will benefit from an innovative support, entirely integrated by ARQUUS. The first 500 vehicles of Standard 1 are currently being delivered to the Army since October 1st . Tier 2 of the VT4 programme was signed on September 7th by the DGA (French DNA). It will cover 1,200 vehicles, with 350 more new modifications, to be delivered in 2019.

As for industrial impact, this order helped boosting the ARQUUS plant in Saint-Nazaire, which now employs more than 200 people.