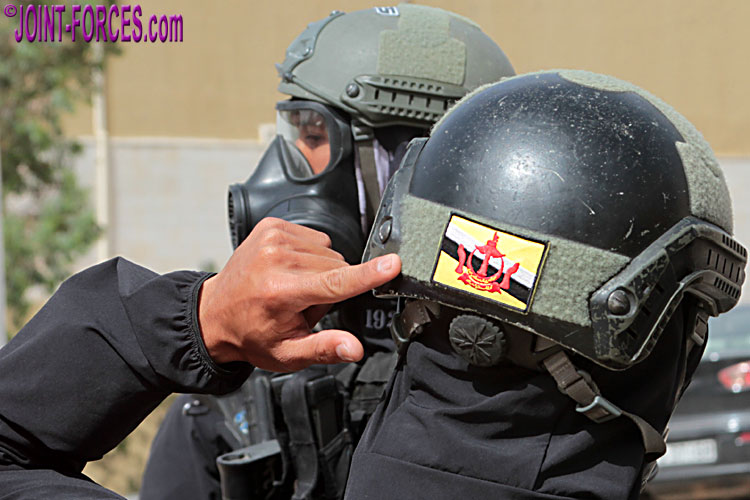 For those who missed our social media posts last night, Brunei’s elite Rejimen Pasukan Khas have been declared Champions of the 11th Annual Warrior Competition in Jordan.

As the JOINT-FORCES website was undergoing some planned maintenance and upgrades today, which have now successfully and seamlessly taken place, until just now we were only able to update Friday’s post and comment on our social media pages following the revelation of the top three teams for 2019 at last night’s 11th AWC (Annual Warrior Competition) Awards Ceremony in Amman.

In case you missed the news, Brunei’s Rejimen Pasukan Khas Team 2 took 3rd Place, Jordan’s Royal Guard rose up the rankings from 4th to capture 2nd Place, and Brunei’s Rejimen Pasukan Khas Team 1 were proclaimed outright winners and 2019 Champions. Our congratulations go out not only to these three successful teams but also to all members of the other 34 teams who battled it out at the amazing KASOTC (King Abdullah II Special Operations Center) live-fire facility.

We did not manage to get out to Amman this year but, having seen in the past how efficiently the GovSource and KASOTC organisers run the AWC championships, we feel sure this year’s event would have been second to none. For more see: 11th Annual Warrior Competition Concludes At KASOTC