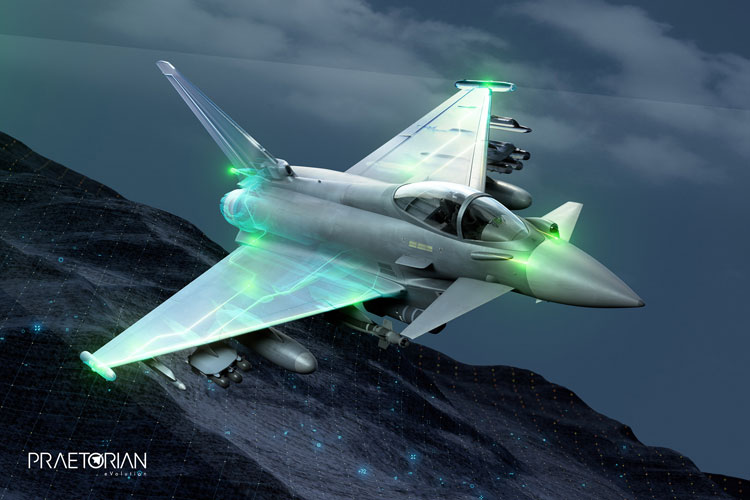 The EuroDASS consortium has announced the launch of its Praetorian Evolution concept for the future Defensive Aids Sub System for the Eurofighter Typhoon.

Press Release, 21 October 2019: The EuroDASS consortium (Leonardo, Elettronica, Indra and HENSOLDT), which provides the Praetorian Defensive Aids Sub System (DASS) for the Eurofighter Typhoon, has launched its concept for the future of DASS, called ‘Praetorian Evolution’. The launch took place at the EuroDASS Future Capability user conference, which was attended by senior military and industry figures from the UK, Italy, Germany and Spain.

The existing Praetorian DASS equips the Typhoon with protection from threats including Infra-Red (IR or heat-seeking) and radar-guided missiles. Integrated sensors and jamming equipment also provide situational awareness and a digital stealth capability, achieved through advanced electronic deception techniques. The system has protected crews for over 20 years, including on peace-keeping operations in Libya and Syria.

However, the Typhoon’s traditional position of air dominance could face threats in the future from the rapidly evolving nature of air and surface threats such as Integrated Air Defence Systems (IADS). Praetorian Evolution is the proposed roadmap to ensure the Typhoon retains its world-class level of protection for decades to come.

Praetorian Evolution will also look beyond the traditional protective role of DASS. In the future battlespace, the role of Typhoon will evolve and its DASS will need to do more to keep the fighter at the heart of the future fleet mix, alongside 5th generation and future platforms. Praetorian Evolution will propose a number of advanced new capabilities including multi-platform Electronic Warfare and combat ISR functions such as high-precision targeting and advanced combat ID.

As Praetorian evolves to meet these future requirements, the EuroDASS partners recognise that value-for-money must be at the heart of this fundamental upgrade. Praetorian Evolution’s all-digital architecture will ensure ease of future upgrades, while life cycle costs will be optimised. This will also be an opportunity to take advantage of the latest hardware advances to increase the reliability and reduced integrated logistics support requirements. 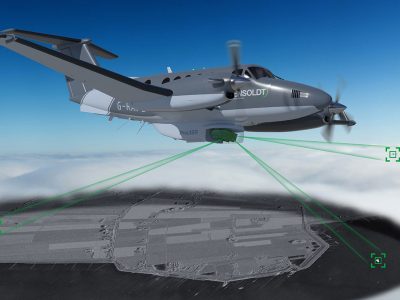