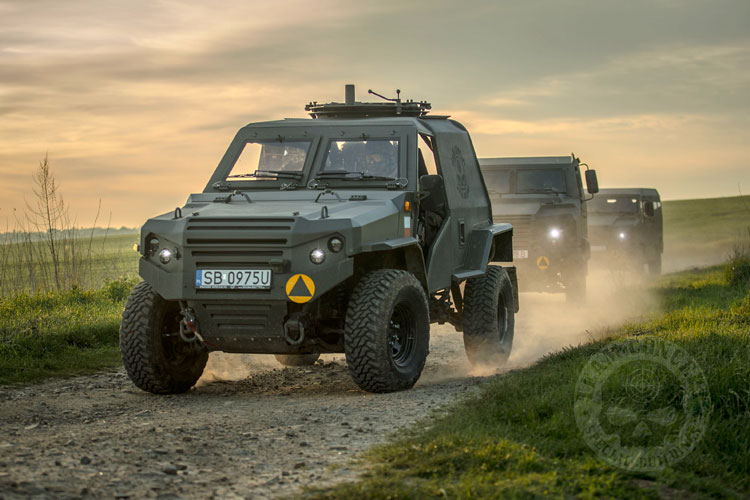 Polish modern military vehicles will be presented by TEAM CONCEPT internationally for the first time during the Defence & Security International Exhibition EUROSATORY in Paris between 11th and 15th of June.

At the external stand no. D271 we will present three vehicles:-

Armored LTMPAV DINO 519 4×4 will be presented in Paris for the first time and it will be an international premiere of the vehicle. The armored version has different body in comparison with the basic version: 4-doors, double cab with seats for the driver and 4 passengers. It is built with self–supporting superstructure made of ceramic-composite materials with armour protection of Level 1 according to STANAG 4569 Annex A. In the rear part container, load platform or other equipment can be fitted.

In the recent days DINO vehicles were proposed for the MUSTANG programme which should select a modern basic vehicle for Polish Armed Forces. The fourth generation of WIRUS vehicle was selected and ordered by Polish Armed Forces during ZMIJA (VIPER) programme for deep reconnaissance forces. The contract was signed during International Defence Industry Exhibition in Kielce in September 2017. The vehicles will be delivered to army in 2020.

Our cooperation with Mercedes-Benz and Oberaigner guaranties the highest quality and performance of our vehicles, it also provides service network available around the world. WIRUS and DINO vehicles are subjects of interest not only on the Polish market but also in other European countries, Middle East and South America.