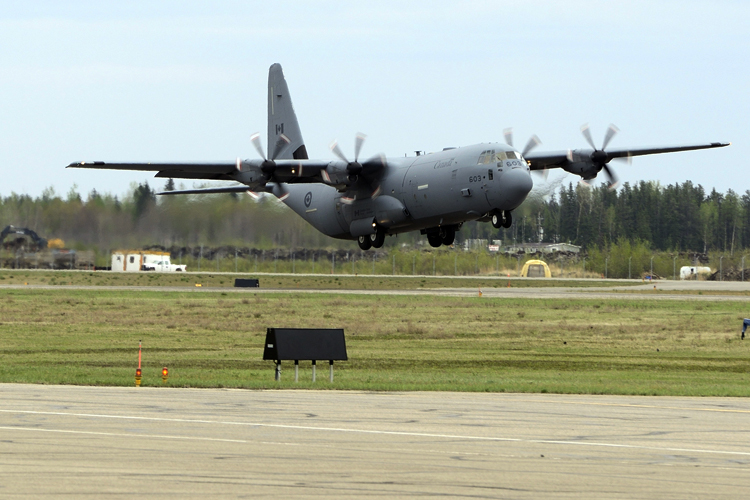 Canada has announced the deployment of a Tactical Airlift Detachment to Uganda in support of United Nations peace operations MONUSCO and UNMISS.

During the UN Peacekeeping Defence Ministerial hosted by Canada in Vancouver in November 2017, Canada committed a number of ‘smart pledges’ of high value military capabilities to be deployed in a 5-year timeframe with planned and predictable rotations with other member states. These pledges were a Quick Reaction Force and accompanying equipment; an Aviation Task Force of medium utility and armed helicopters; and a tactical airlift support to address critical gaps in the UN’s ability to transport troops, equipment, and supplies to their missions.

The Honourable Harjit S. Sajjan, Minister of National Defence, and the Honourable Chrystia Freeland, Minister of Foreign Affairs, today announced that the Government of Canada will provide the UN with tactical airlift support out of Entebbe, in Uganda, during the next 12 months beginning as early as August 2019.

The Tactical Airlift Detachment will consist of one CC-130J Hercules aircraft, operated and supported by up to 25 Canadian Armed Forces (CAF) members. It will deploy for up to five days each month to assist with transporting troops, equipment and supplies to the UN Organization Stabilization Mission in the Democratic Republic of the Congo (MONUSCO) and the UN Mission in South Sudan (UNMISS).

In the coming days, the CAF and the UN are expected to finalise the details and arrangements of the first deployment.

The Honourable Harjit S. Sajjan, Minister of National Defence: “Today’s announcement fulfils a commitment we made during the Peacekeeping Defence Ministerial in Vancouver in November 2017. This capability will play an important role in helping supply military and police personnel on UN peace operations in the region, with critical resources. We look forward to working with other Member States to turn this flexible capability into another smart pledge rotation.”

The Honourable Chrystia Freeland, Minister of Foreign Affairs: “Canada is committed to peacekeeping and working with our partners to support peace for people in the most conflict-ridden parts of the world. This UN mission in Entebbe is an excellent example of the smart pledges that Canada will continue to support so we can fill critical gaps in UN peacekeeping.”

Mr. Atul Khare, Under-Secretary-General for Operational Support, United Nations: “The agreement with Canada provides support for the UN in a predictive and structured manner, expanding the capacity and capability of MONUSCO and UNMISS to address operational requirements more efficiently. I welcome the continued engagement of the Government of Canada in support of peacekeeping through this agreement, supporting Canada’s original pledge for an in-demand capability, present in the region and able to address multiple missions’ operational needs.”