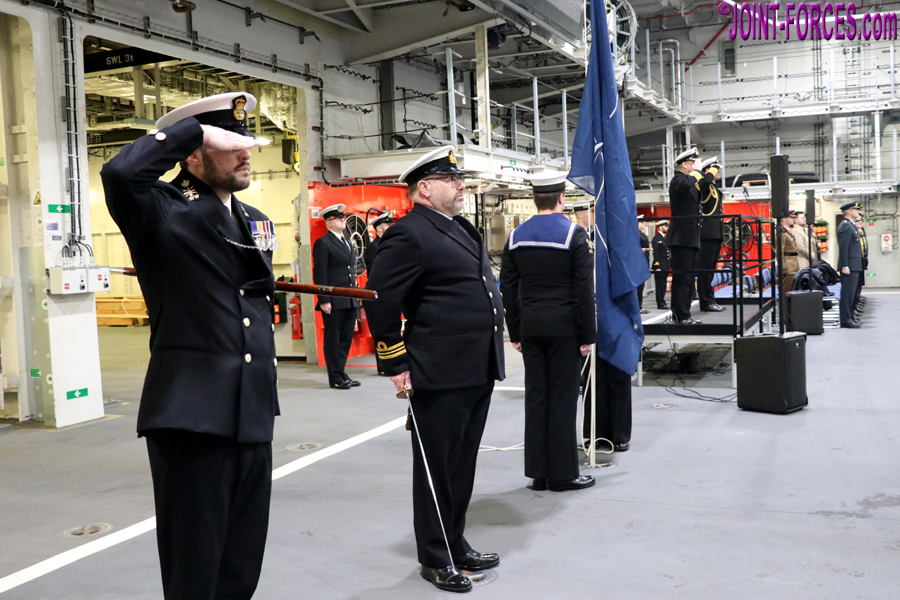 Royal Navy command of the NRF was formally acknowledged with a ceremony aboard HMS Prince of Wales in Portsmouth this morning.

The Royal Navy assumed command of NATO’s Response Force (NRF) from the French Marine Nationale on the 1st January. This change of command was formally acknowledged today with a ceremony aboard HMS Prince of Wales in Portsmouth Naval Base.

The aircraft carrier will now serve as the command ship for the international task group, taking part in exercises in the Arctic, Baltic and Mediterranean. The multinational force will be directed by the most senior sea-going command in the Royal Navy, the Commander UK Strike Force, led by Rear Admiral Mike Utley.

Change of Command, Featured, HMS Prince of Wales, NATO Response Force, NRF, Portsmouth Naval Base, R09
You may also like