HMS Severn Recommissioned On The Thames 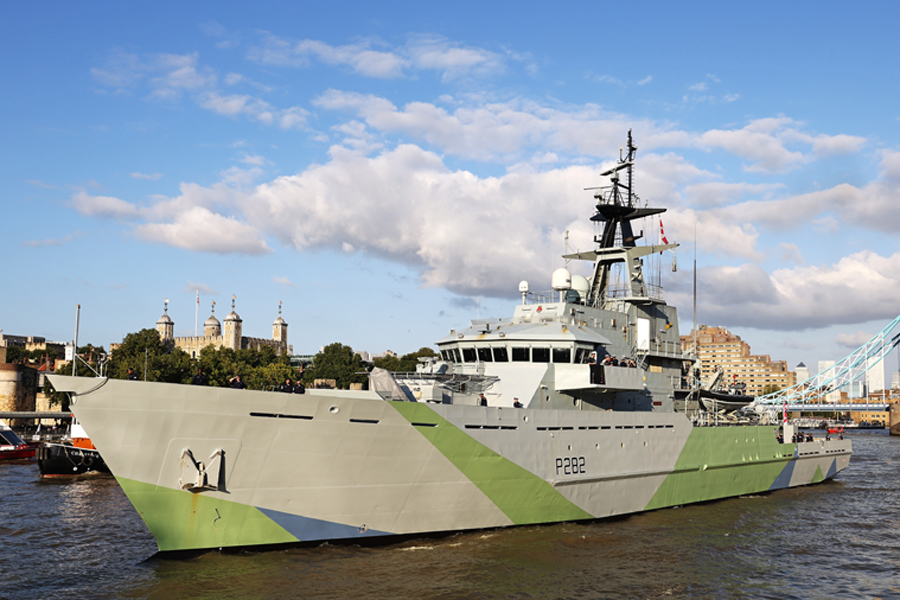 Last Saturday the River-class patrol vessel HMS Severn was recommissioned into the Royal Navy in a ceremony on the River Thames.

Patrol ship HMS Severn was today officially welcomed back into the Royal Navy family – despite being busy on operations for the past 14 months. Berthed alongside world-famous wartime cruiser HMS Belfast on the Thames near Tower Bridge, the River-class ship was recommissioned in a traditional naval ceremony in the heart of the nation’s capital.

Severn has been fully operational since July last year following comprehensive regeneration. She was originally decommissioned in October 2017 after 14 years’ service, chiefly patrolling UK fishing grounds to ensure trawlers were sticking to regulations. However, 12 months later she was later deemed too important to UK defence to be disposed of; in November 2018 the Secretary of State announced that she would return to the Fleet. Which she did last summer following a refit and regeneration. It’s the first time a Royal Navy vessel has been brought back to life since the Falklands conflict in 1982.

HMS Severn’s primary role in her second life is a combination of navigation training, protection of UK waters and fishery protection. Since returning to active service she has conducted six Fleet Navigator Officer Courses and one Specialist Navigator Course, training over 50 navigators including international students from Chile and New Zealand.