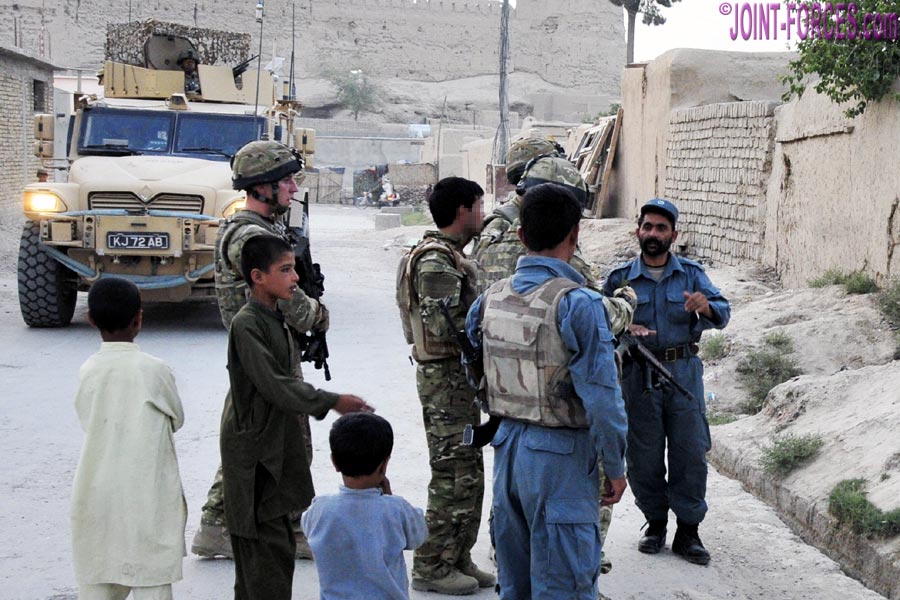 An Afghan interpreter (centre, in uniform but bareheaded) assists the 2RGR Police Advisory Team at the site of an IED discovered by children in Gereshk, Operation HERRICK, June 2011 [© Carl Schulze]

More Afghan interpreters who risked their lives supporting British troops are to begin new lives in the UK under an expanded relocation scheme.

MoD Press Release, 19 September 2020: Dozens more Afghan interpreters who supported British Armed Forces on the frontline in Helmand Province will be able to move to the UK as part of an expanded relocation scheme announced by Defence Secretary Ben Wallace and Home Secretary Priti Patel.

Afghan civilians worked as interpreters for British forces on the frontline in Helmand from May 2006 – December 2014, serving alongside them in extremely dangerous situations. They were often the eyes and ears of British forces, and their linguistic and cultural expertise enabled the UK to work hand-in-hand with our Afghan partners and local communities while protecting British troops.

The Ex-Gratia Scheme was initially set up in June 2013 to recognise the Government’s huge debt of gratitude for their service. Under the scheme, interpreters could choose to either relocate to the UK, receive five years of training and a monthly stipend, or receive the equivalent of 18 months’ salary. Through the scheme, 445 former staff and their families have chosen to relocate to the UK, meaning a total of 1,319 Afghan interpreters and their families have already been supported as they create new lives in the UK.

The new changes will significantly expand the eligibility criteria for former interpreters to apply for the relocation offer. Until now, former employees must have been made redundant on or after 01 May 2006 with 12 months or more service outside the wire on the frontline. Today’s announcement will allow an additional cohort of interpreters – those who resigned on or after 01 May 2006 after serving a minimum of 18 months on the frontline – to apply for relocation. Their spouses and children will also benefit from the expanded scheme.

Home Secretary Priti Patel said: “Courageous Afghans worked side by side with our Armed Forces to defeat terrorism, risking their own lives in the pursuit of peace.

“In recognition of their dedication, today we are fulfilling our promise and have expanded the relocation scheme so that more brave Afghans and their families can come and build a new life in the UK.”

The Defence Secretary and Home Secretary visited Stanford Training Area in Norfolk this week to observe Afghan nationals training British troops* prior to their Op TORAL deployment, which sees British troops train and mentor Afghan forces and provide force protection for NATO advisors with the Kabul Security Force. Afghan nationals routinely support the training that troops undertake to provide an element of realism – performing the roles of interpreters, leading politicians and members of the public.

Defence Secretary Ben Wallace said: “Our efforts in Afghanistan simply could not have been possible without the help of brave interpreters who risked their lives to work alongside our personnel throughout the conflict.

“They did not leave us behind then, and we will not leave them behind now. It is crucial there is a fair system in place to support those who want to relocate to the UK, and that is why we are going even further to make sure more individuals have the opportunity to apply for relocation.

“The Home Office and Defence will always work together to address policy issues and promote British values.”

The changes to the scheme will be made through secondary legislation in October and be implemented shortly afterwards.

*Editor’s Comment: As we were not invited to STANTA this week to cover the Op TORAL pre-deployment training and as no photographs to accompany this release have as yet been made available through the official UK MoD resource for latest news images relating to press releases, we have used Carl’s library images from Operation HERRICK and an image from a 2011 pre-deployment exercise to illustrate this story. 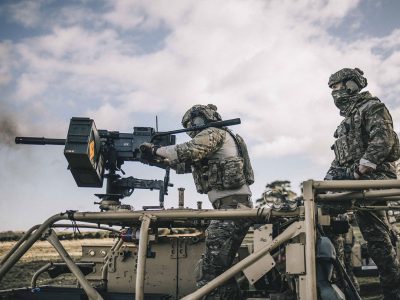