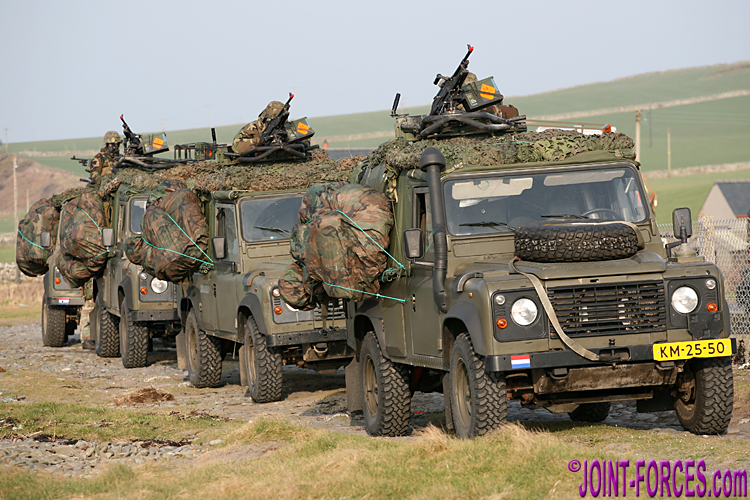 A line of four Dutch Marines WMIKs, from both 21-series and 25-series batches, just landed in Scotland from the amphibious ship HNLMS Johan de Witt [©BM]