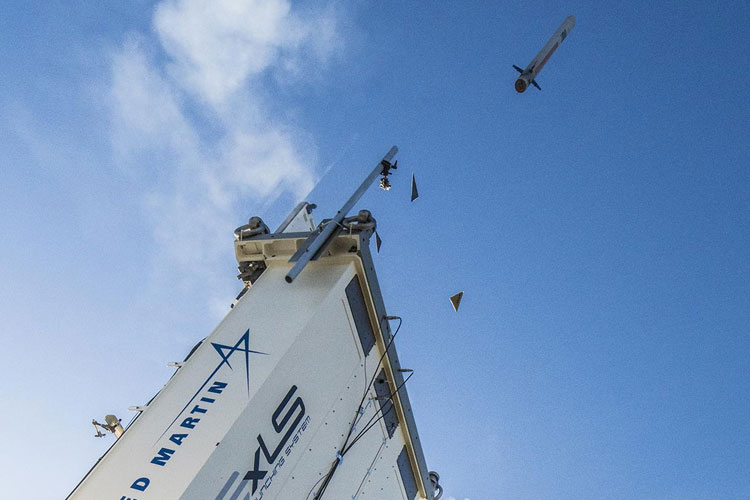 MBDA’s CAMM is a highly compact missile that enables multiple weapons to be fitted in limited spaces. It is the most modern air defence missile of its class on the market and has recently completed a highly successful series of firings by the Royal Navy. When operated from ExLS or MK 41 VLSD, CAMM comes in a quad-pack arrangement which allows to store and fire 4 missiles from a single cell. These latest trials from 3-cell ExLS were successfully completed in the United Kingdom at the end of 2017.

“The success of these trials is testament to the hard work and close co-operation of the MBDA and Lockheed Martin,” said Joe DePietro, Lockheed Martin vice president of small combatants and ship systems. “A launcher within a launcher, ExLS uses CAMM canistered munitions with its qualified launch electronics to cut integration costs by more than 50 percent. It is a mature design that when paired with CAMM offers a low-cost alternative for integrating new missiles and munitions into current and future surface combatants.”

Paul Mead, Head of Business Development at MBDA, said: “These trials have further demonstrated the maturity, reliability and safety of the CAMM vertical launch system from both 3-cell ExLS and ExLS Host/MK 41 and follows the highly successful operational trials of CAMM by the Royal Navy in 2017. The pairing of CAMM with the 3-cell ExLS launcher is a natural choice, providing a flexible launcher solution available now for naval platforms to take advantage of the high performance air defence capabilities and compact size of CAMM with ExLS. Other MBDA weapon systems, compatible with ExLS, are planned for the future.”