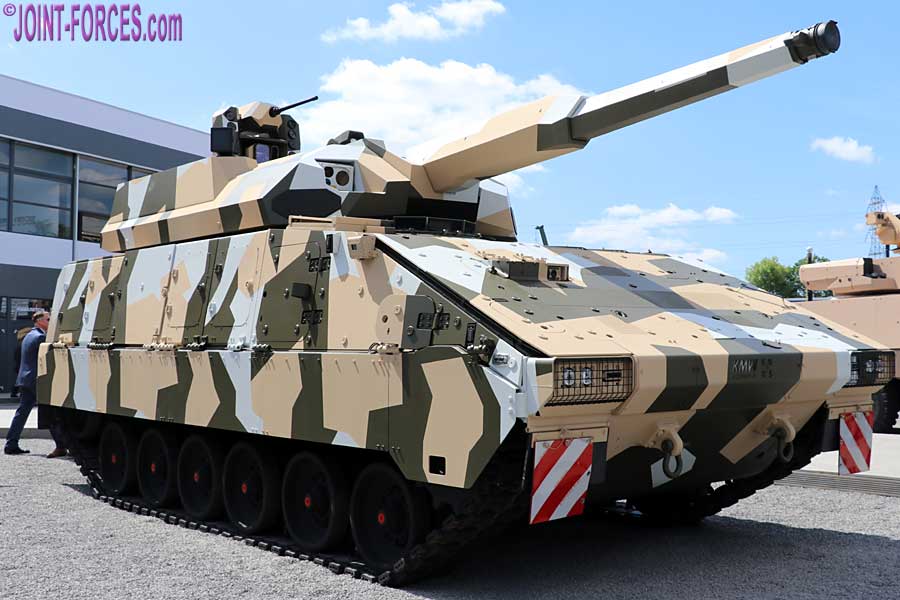 KNDS, the European MBT powerhouse, presents its know-how at Eurosatory with, among others, BOXER Tracked, EMBT and ASCALON on display.

With high-level technical know-how and a strong capacity to innovate, KNDS has always been able to adapt to the operational needs of its customers and still demonstrates it today through the ongoing modernisation programmes for Leclerc and Leopard 2 MBTs in service in the French and German armies, as in foreign armies.

Thanks to KNDS’s recognised expertise, these state-of-the-art systems will benefit from enhanced protection (APS, add-on armour against IED and RPG-type threats), improved mobility and integration into the collaborative combat environment in order to remain champions in their class for the next decades.

In a context marked by the return of high-intensity combat, KNDS also offers new capabilities while modifying the approach to armoured combat and thus ensuring tactical superiority. KNDS is fully aware of the ongoing exponentially accelerated new technology developments and their potential impact on operational capabilities. Therefore, KNDS is continuously analysing how to match concepts of operations (CONOPS) and opportunities offered by new technologies in order to increase operational effectiveness and efficiency permanently.