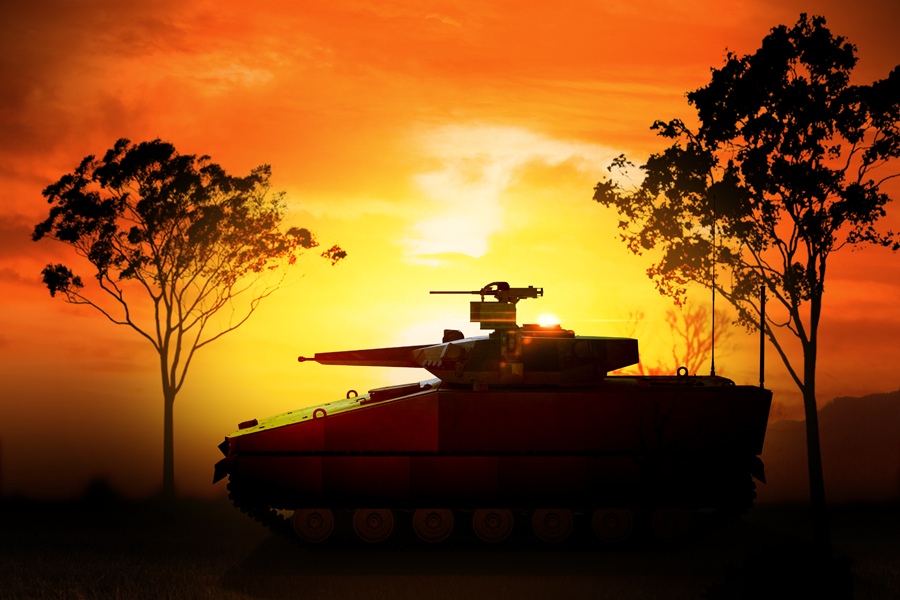 Oshkosh Defense and industry partners have been awarded a contract to participate in the US Army’s OMFV concept design phase .

Press Release, Oshkosh, 26 July 2021: The US Army Contracting Command – Detroit Arsenal (ACC-DTA) announced that it has selected Oshkosh Defense, a wholly owned subsidiary of Oshkosh Corporation , to participate in the Concept Design Phase for the US Army’s Optionally Manned Fighting Vehicle (OMFV) programme. The OMFV will replace the Bradley Infantry Fighting Vehicle (IFV), which has been in service since 1981.

“As a leading innovator of defence technologies, Oshkosh Defense is committed to providing the best possible solutions to the US Army for its evolving modernisation priorities,” said Pat Williams, Vice President and General Manager of US Army and US Marine Corps Programs for Oshkosh Defense. “Each of our industry partners will contribute their own best-in-class expertise in ground combat vehicles, turrets, armour, and autonomy. Together, we will provide a modular OMFV solution designed to defeat emerging threats with flexibility and room for growth to accommodate evolving requirements.”

Oshkosh’s OMFV concept leverages the proven capability of Hanwha’s Redback chassis and Rafael’s SAMSON family of turrets. The Redback is one of two contenders for Australia’s Land 400 Infantry Fighting Vehicle (IFV), while the SAMSON family of turrets serves as the foundation for Oshkosh’s recently awarded Medium Caliber Weapon System (MCWS) contract with the US Army.

Team Oshkosh-Hanwha has been awarded a contract to compete for the US Army’s OMFV vehicle concept design.

Press Release, Seongnam, 24 (embargoed 26) July 2021: The Oshkosh-Hanwha team has been selected as one of the five contenders for the Concept Design Phase of the US Army’s Optionally Manned Fighting Vehicle (OMFV) programme tasked to replace the M2 Bradley Fighting Vehicle.

The OMFV second phase award was announced on July 23 by the US Army Contracting Command – Detroit Arsenal (ACC-DTA), paving the way for a 15-month-long programme of work by selected contenders to make digital concept designs for the OMFV. Oshkosh Defense and Hanwha Defense signed a teaming agreement in March to form a consortium and submitted a bid for the concept design phase of the OMFV programme aimed at replacing some 3,500 M2 Bradley vehicles that have been service since 1981.

The OMFV programme takes a five-phased approach to design, prototype, test and produce the vehicle with the aim of producing a transformational infantry fighting vehicle (IFV) that will dominate manoeuvre in multi-domain operations. Following the second phase contracts, the selected consortiums are set to take part in another open competition in the second quarter of fiscal year 2022 for the next phases of detailed design and prototype, with a contract announcement for the winning bidder due in late 2027. To gear up for upcoming contests, Hanwha Defense established an American corporation – Hanwha Defense USA – in May and is in the process of recruiting local engineers and experts on IFV capabilities.

“Hanwha Defense USA is honoured to be supporting the Oshkosh Defense consortium in our selection for the OMFV Phase 2 contract. The partnership brings Hanwha’s extensive, tracked combat vehicle experience, to both the Oshkosh consortium and the US Army,” said John Kelly, head of Hanwha Defense USA. “In addition, Hanwha will create high value US design and manufacturing jobs in support of the OMFV contract.”

The Oshkosh-Hanwha team is to offer an up-to-date OMFV design based on the chassis of the Redback IFV developed by Hanwha Defense. The Redback is one of two contenders for the LAND 400 Phase 3 project designed to introduce next-generation tracked armored IFVs for the Australian Army. Three prototypes of the Redback are now undergoing tests and evaluations for the Commonwealth’s Risk Mitigation Activity that will be concluded in October. One of the prototypes is scheduled to be shipped back home early next year to be trialed by the South Korean Army.

“It is with great pride that the Oshkosh-Hanwha team has been down-selected for the OMFV phase 2 contest, and we’re fully committed to developing a next-generation infantry fighting vehicle for the US Army,” said Son Jae-il, President & CEO of Hanwha Defense. “Hanwha Defense shares Oshkosh’s demonstrated passion for quality and responsiveness to the customer, and I firmly believe our team will offer the best solution for the OMFV programme based on our advanced technologies and knowhow accrued through the development and production of military combat vehicles.”

[each] awarded a $26,600,000 firm-fixed-price contract for the Optionally Manned Fighting Vehicle Phase 2 concept design. Bids were solicited via the internet with six received. US Army Contracting Command, Detroit Arsenal, Michigan is the contracting activity. (Awarded July 23, 2021)