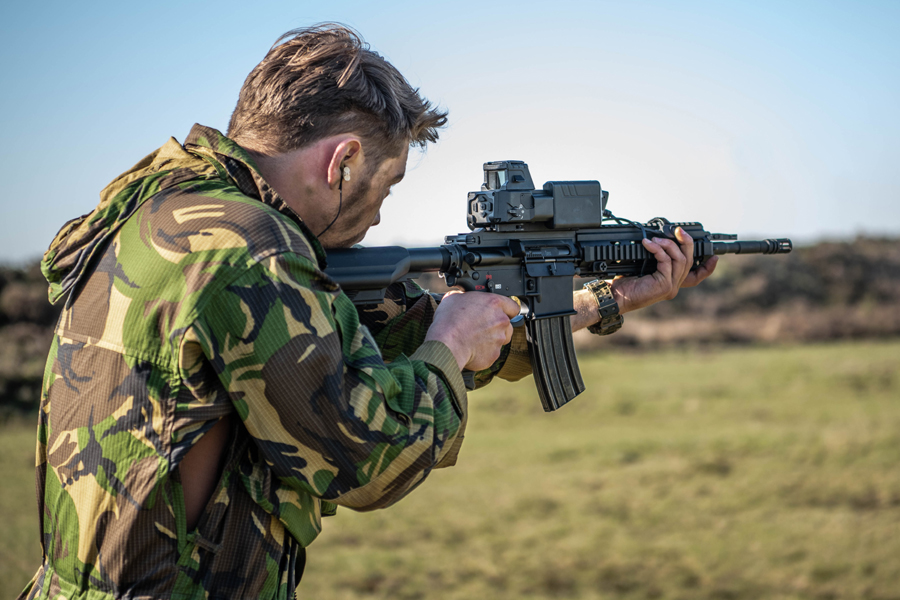 SMART SHOOTER to present the SMASH Technology with the unique ‘One Shot – One Hit’ capability at DEFEA 2021 in Greece next week.

Ideal for defence, HLS, maritime patrol, border control, strategic infrastructure protection and counter-UAS, SMASH is a combat-proven Fire Control solution that ensures each round finds its target. SMART SHOOTER’s SMASH technology enhances mission effectiveness through the ability to accurately engage and eliminate ground, aerial, static or moving targets during both day and night operations, at land and sea. It is a cost-effective solution that can be integrated onto any type of assault rifle to increase force lethality while keeping friendly forces safe and reducing collateral damage.

SMASH Hopper is a modular and rapidly deployable Light Remote-Controlled Weapon Station (LRCWS) that provides ‘One Shot – One Hit’ capability while controlled by an operator from a safe distance. Weighing approximately 15 kg, SMASH Hopper is ideal for deployment on various lightweight manned and unmanned vehicles and platforms, with a wide range of applications. Offering day and night capability with automatic scanning and target detection, SMASH Hopper is ideal for multiple mission scenarios including force protection, border security, anti-drone, remote ambush, and other low-profile operations in complex urban environments.

Michal Mor, SMART SHOOTER CEO: “Bringing precision-missile targeting algorithms and advanced electro-optical processing capabilities into standard infantry, Smart Shooter’s SMASH technology is a cost-effective solution for defence, border control, strategic infrastructure protection and counter-UAS uses at land and sea. The SMASH solutions are fielded and in operational use by friendly forces around the world, including the IDF and the US Special Forces, and more than 10 other countries are currently in different stages of evaluating the technology.”