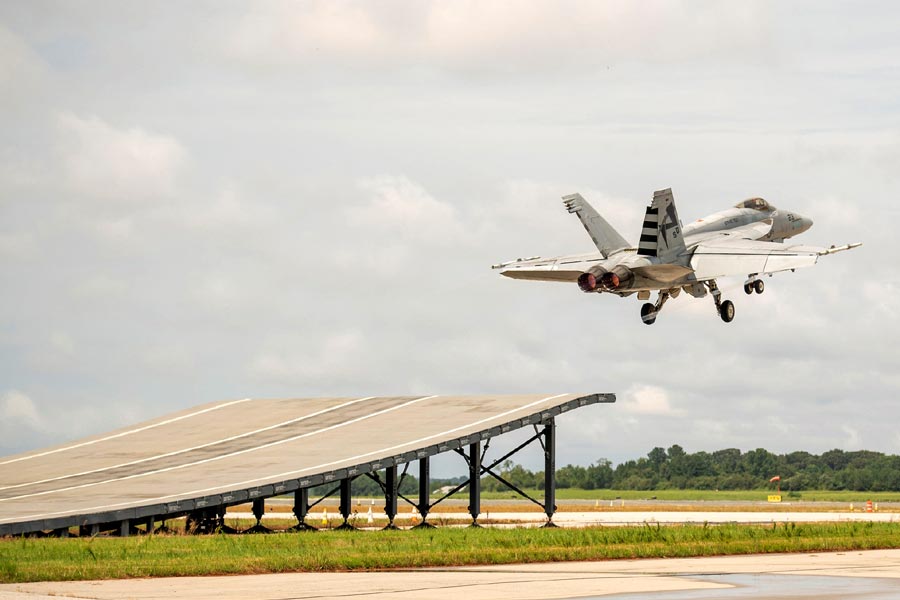 Press Release, Patuxent River, 21December 2020: Boeing and the US Navy proved recently that the F/A-18 Super Hornet can operate from a ‘ski jump’ ramp, demonstrating the aircraft’s suitability for India’s aircraft carriers.

The demonstrations, held at Naval Air Station Patuxent River, Maryland, showed that the Super Hornet would do well with the Indian Navy’s Short Takeoff but Arrested Recovery (STOBAR) system and validated earlier simulation studies by Boeing.

“The first successful and safe launch of the F/A-18 Super Hornet from a ski jump begins the validation process to operate effectively from Indian Navy aircraft carriers,” said Ankur Kanaglekar, India Fighter Sales lead for Boeing. “The F/A-18 Block III Super Hornet will not only provide superior war fighting capability to the Indian Navy but also create opportunities for cooperation in naval aviation between the United States and India.”

The Indian Navy is evaluating its fighter options. If it selects the Super Hornet, it would benefit from billions of dollars invested in new technologies by the US Navy and others. Those technologies include advanced networking, longer range through conformal fuel tanks, infrared search and track, and a new advanced cockpit system.

The ski jump demonstrations follow the delivery of two Block III flight-test aircraft to the US Navy in June. Boeing is on contract to deliver next-generation Block III capabilities to the US Navy beginning in 2021. The Super Hornet provides the most weapons at range in the US Navy’s fighter inventory, including five times more air-to-ground and twice the air-to-air weapons capacity.