Hanwha Teams With Oshkosh For US OMFV 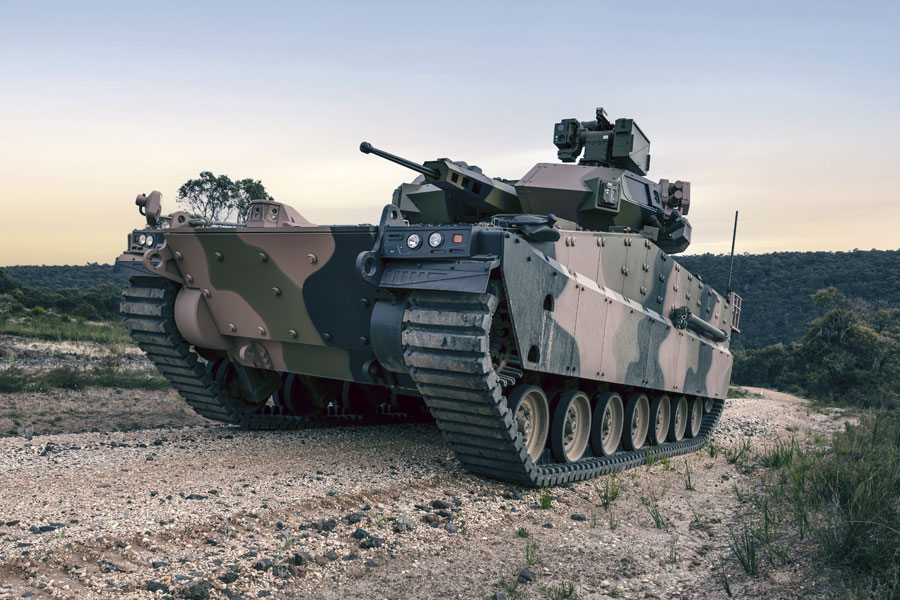 Although the OFMV is only at the concept stage it is probably safe to assume that Hanwha will base it on their Redback IFV, seen here in Australian colours [©Hanwha Defense]

Hanwha Defense has teamed with Oshkosh Defense and is positioned to compete in the US Army’s OMFV next-generation vehicle programme.

Press Release, 19 April 2021: Hanwha Defense has signed an exclusive teaming agreement with Oshkosh Defense, one of the leading US defence companies, for the digital design phase of the US Army’s next-generation combat vehicle programme. The agreement is followed by Hanwha Defense’s recent success in Australia’s LAND 400 Phase 3 armoured vehicle modernisation programme and LAND 8116’s acquisition of the AS9 Self-Propelled Howitzer and AS10 fully-automated Armoured Ammunition Resupply Vehicle.

The OMFV programme is a key element of the US Army’s Next Generation Combat Vehicle modernisation effort that includes replacing the M-2 Bradley Infantry Fighting Vehicle which has seen service since the early 1980s. The programme’s five phase acquisition plan will award the first contract in the fourth quarter of Fiscal Year 2021, with the first units receiving their OMFVs in the fourth quarter of Fiscal Year 2028.

“Bringing together the heritage of two innovative, reliable, and successful land systems companies, gives me great confidence that Hanwha and Oshkosh, with our other consortium partners, will deliver the next generation Infantry Fighting Vehicle the American Soldier clearly deserves,” said the head of Hanwha Defense’s US operations, Lieutenant General Bernard S. Champoux, US Army, Retired.

Hanwha Defense is the leading wheeled and tracked combat vehicle and weapons systems developer in the Republic of Korea with a half century of accumulated experience, capabilities, and technology in multiple proven direct and indirect fire solutions. Expanding its global vision, Hanwha Defense has provided over 7,000 cutting edge combat vehicles to the Republic of Korea and exports to Malaysia, Norway, Finland, Estonia, Poland, Turkey, and India.

Hanwha Defense has designed and is developing the world’s most advanced Infantry Fighting Vehicle, the Redback, for Australia with its enhanced lethality, excellent power, superior situational awareness, and best protection in class. The Redback was shortlisted in 2019 as one of the two final candidates for the LAND 400 Phase 3 programme, with three prototype vehicles are now undergoing tests and evaluations for the Australian Army’s Risk Mitigation Activity.

Hanwha shares Oshkosh’s demonstrated passion for quality and responsiveness to the customer. Like Australian and numerous other partner countries’ local production, Hanwha’s contribution to the OMFV solution will be built in America with American labour.